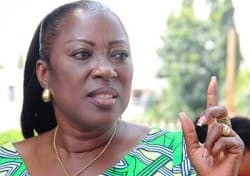 How aviation will help African countries improve their economies and cooperation between blocks of African nations will develop infrastructure will be the subject of a keynote address by Hon. Dzifa Aku Attivor, Minister of Transport, Ghana at the Aviation Africa summit which takes place in Dubai on May 10-11.

Attivor is one of a number of top level speakers and delegates that are attending the Aviation Africa 2015 event that aims to bring the major stakeholders together to share ideas and experience with their Middle Eastern opposite numbers in order to make the most of the potential growth.
â€œThere are a lot of similarities between the Middle East of 20 years ago and the African market today. There are lots of experiences that the Gulf carriers went through as well as the airports and the regulators and these issues will be arising as African countries face the same challenges,â€ said Mark Brown, director of the show organizer Times Aerospace, publishers of African Aerospace and Arabian Aerospace.

The event â€“ held under the patronage of Sheikh Ahmed bin Saeed Al Maktoum will take place at Le Meridien Hotel, close to the International Airport.

Tanzaniaâ€™s low cost carrier Fastjet has been enjoying great success since its launch and CEO Ed Winter will be alongside Adel Ali, group chief executive of Air Arabia looking at the impact LCCs are making.

â€œWe have been really pleased with the support we are getting from the industry across all levels of government, as well as airlines of all shapes and sizes,â€ said conference chairman Alan Peaford. â€œThis is going to be a great networking event and an intriguing conference. Of course there is a frisson between many African carriers and the local airlines in the Middle East but it wasnâ€™t that long ago that the likes of Emirates and Qatar Airways were in the same position as the African carriers are now and they have found many different ways around global and regional challenges.â€

Dr Nicklas Dahlstrom, human factors manager, Emirates Airline is one of the keynote speakers and will be discussing the challenges of multi-cultural workforces and the threat to safety of human performance.
There are also senior figures from aviation authorities and associations, who include Hussein Dabbas, VP Africa & Middle East, IATA; Dr Paul Antoine Marie Ganemtore, head of aviation, Economic Community of West African States (ECOWAS); and Paul Murphy, vice president, Africa , SITA.

â€œWhat really excites me is that we will be seeing some of the new or smaller carriers at the event as well,â€ said Peaford. â€œThere is a great hunger for the knowledge that will get this growth challenge right. Many of the big aviation companies, from manufacturers to financiers, are supporting the event; it is going to be a great step for aviation in Africa,â€

Aviation Africa 2015 has been launched to change the perception of aviation on the continent. The panel sessions will deal with the opportunities and issues challenging the growth of the African aviation market, tackling liberalisation, training, safety, human factors, finance and business aviation.