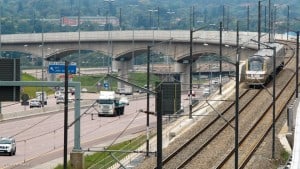 Gautrainâ€™s fares are expected to rise by between 4% and 6% effective June 1, Gauteng MEC for Roads and Transport Dr Ismail Vadi announced on Thursday.

The multitiered fare structure introduced last year on the general passenger services remained unchanged, while users travelling within an orange, red or green period and entering stations within the different time periods specified would experience an increase of around 5.5%.

The Pretoria to Rhodesfield route would cost R3 more at R64 and R58 during peak and offpeak travel times respectively.

Offpeak bus fares would remain the same, while peak-period travel on the buses would cost R1 more.

Daily parking fares at the train stations were set to rise from R18 to R19.

â€œThe fare structure aims to promote balanced use of the trains, buses and parking facilities and to ensure that the Gautrain remains price-attractive to its respective target markets, particularly private vehicle users,â€ Vadi explained.

He pointed out that monthly train punctuality and availability exceeded 98%, with weekday train patronage exceeding 56 000 passengers a day and its bus patronage at 22 000 a day.

During peak periods, the train service intervals would be reduced from 12-minute to ten-minute intervals, increasing the number of trains from five to six each peak hour.