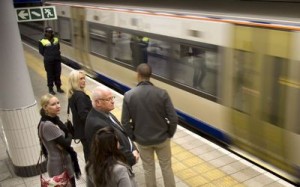 Enhancements to the Gautrain service will see users gain access to the rapid-rail link by tapping their local or international bank-issued contactless credit and debit cards at the fare gates â€“ instead of their Gautrain gold cards â€“ provided they are compliant with the Europay/MasterCard and Visa standard, says Gauteng Roads and Transport MEC Dr Ismail Vadi.

A number of South African banks are rolling out new generation contactless bankcards, which can make â€˜tapâ€™-payments, typically for small value transactions.

The proposed changes will also provide Gautrain passengers using contactless gold cards the choice of topping up their cards online, or with a mobile smart phone.

The proposed upgrade will cover the entire Gautrain network, including train stations, buses and parking.

The contract for the upgrade has been awarded to Thales South Africa Systems.

The additional functionalities should be fully operational in 2017.

The project will be rolled out progressively, starting with a pilot project on the East-West link between OR Tambo International Airport and Sandton.

The execution of the project will happen after hours, in order to avoid ticketing service disruptions.

â€œThis is a major benefit for visitors who will save terminal time when using the Gautrain from and to the OR Tambo International Airport. The planned enhancements will significantly improve access to the Gautrain services, together with an improved passenger experience that will support passenger growth,â€ notes Vadi.

â€œThe main objective of the ticketing upgrade is to facilitate the implementation of the provinceâ€™s integrated fare systems, whereby public transport users will be able to use one smartcard to access different modes of public transport.

Vadi has also announced the extension of the Gautrain Station platform at the OR Tambo International Airport.

This extension will allow passengers to embark or disembark from a full four-car train set, an action which is is currently limited to two cars.

The extension, as part of the concession agreement with the Bombela Concession Company, the operator of the Gautrain, is being implemented to open up future capacity options.

Construction work to extend the platform has started and the anticipated completion date is mid-2016.