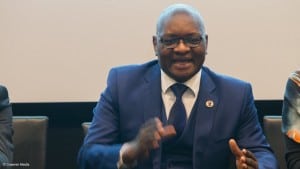 Gauteng Premier David Makhura says the province is hard at work to transform itself into a globally competitive economy and socially integrated destination.

â€œOur vision and dream is to turn Gauteng into a globally competitive and seamlessly integrated city region that is socially cohesive and economically inclusive; a smart province with innovation-driven and knowledge-based industries; a leading economy in the continent.

â€œBlack people, women and youth will be at the centre, rather than in the periphery, of the economy of the Gauteng city region,â€ he said.

Makhura was speaking at the Gauteng Agroprocessing Industry Summit in Kliptown, Soweto, on Thursday.

During his recent State of the Province Address, Makhura announced that the provincial government had decided to reconfigure the Gauteng city regionâ€™s space and economy into five development corridors with distinct competitive and comparative advantages.

These corridors are the Central, Eastern, Northern, Western and Southern corridors.

In terms of this approach, the Southern and Western Development Corridors (Sedibeng and West Rand) have been identified as the agricultural hub.

Makhura said their goal is to position Sedibeng as the food basket of the Gauteng city region and the primary anchor of their â€œagritropolisâ€ — a modern city economy wherein agriculture and agribusiness play a key role.

â€œAs part of strengthening agroprocessing in the Southern Development Corridor, we are supporting an initiative that will benefit 32 black farmers to supply malt to the Heineken Brewery in Sedibeng.

â€œThe footprints of our agritropolis will spread to the Western Corridor, which encompasses areas to the west of our province,â€ he said.

â€œIt is important that we cluster our development interventions in line with these corridors so that we can succeed in our goal of advancing economic inclusion and balanced development across the Gauteng city region.

â€œOur efforts must eliminate hunger and famine by enhancing food security, ensure rising incomes for those involved inagro-processing, create jobs and enhance the competitiveness of this sector.

â€œWe must promote urban agriculture in our communities so that every piece of land is used to produce food for households,â€ he said.

The Premier said their efforts must also result in the emergence of sustainable black enterprises and black industrialists in the agricultural and agro-processing sector.

He said black farmers must play a meaningful role in the entire agricultural value chain. The direct contribution ofagriculture to the GDP of the province currently stands at 0.4%.

Given that Gauteng occupies only 1.4% of the countryâ€™s total landmass, the Premier said the focus must deliberately shift to agro-processing.

Makhura said the OR Tambo International Airport places the province at an advantage to become a major exporter of agricultural products, especially processed products.

â€œGauteng, as South Africaâ€™s most populous province with a large urban population of 13-million people and a growing middle class, is a significant market for processed agricultural goods.

â€œWe must leverage these unique competitive advantages as we seek to position Gauteng as a hub of agro-processing.