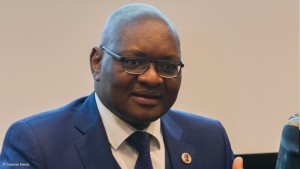 The Gauteng provincial government has outlined seven key areas where it intends pursuing infrastructural developments in partnership with the private sector under its so-called â€œtransform, modernise and reindustrialiseâ€ vision.

Gauteng is South Africaâ€™s smallest province by area, but remains the countryâ€™s economic powerhouse, contributing more than R1-trillion to gross domestic product yearly and about 42% to national employment.

During a recent interaction with JSE-listed companies, Premier David Makhurasaid the province planned to spend R94-billion on infrastructure in the coming three years. But he also stressed that it would be seeking to leverage the financial, technical and human capabilities of business through various publicâ€“private partnerships (PPPs).

The seven initiatives under which PPPs could be pursued included:

Makhura encouraged business people represented to â€œbuy inâ€ to the provinceâ€™s 15-year vision â€œso that together we can form mutually beneficial partnershipsâ€. After the meeting, he reported that a â€œpositive chordâ€ had been struck and that he had received an enthusiastic response from the executives present, who represented companies from sectors as diverse as property development and mining, to tourism and information technology.

Besides moving to reduce red tape and deal with corruption, the Premier also stressed that Gauteng was â€œopen for businessâ€, as well as to using PPPs to deliver energy, transport and communications infrastructures.

The provincial leadership would consider various models for the funding of infrastructure, but Makhura insisted that in all cases affordability would need to be proved. In addition, PPPs could not be deployed in a way that provided benefits in one area, but eroded gains in others.

â€œOur vision is to build Gauteng into a seamless, integrated, socially cohesive, economically inclusive city-region, underpinned by smart industries and sustainable development,â€ Makhura said, acknowledging that Gauteng was facing increasing competition not only from other provinces, but also from emerging hubs in East and West Africa.

â€œIn order to position Gauteng as an attractive investment destination we continue to concern ourselves with reducing the cost and ensuring ease of doing business,â€ he averred.