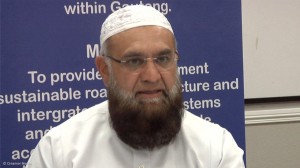 In a bid to accelerate the use of nonmotorisedÂ transportÂ (NMT) and reduce the provinceâ€™s overall carbon emissions, the Gauteng Roads andÂ TransportÂ Department is currently developing a NMT master plan that will integrate all municipal NMT network plans in the province and commit sustainable sources of funding for the development of associated infrastructure.

In conjunction with the GautengÂ TransportÂ Commission (GTC) and various municipalities, the department on Monday held an indaba at which Gautengâ€™s numerous NMT strategies were identified, with a view to developing an overarching plan that would guide the collation of theseÂ projects.

Several suchÂ projectsÂ centred on the incorporation of cycling andÂ pedestrian infrastructure, such as dedicated pedestrian and bicycle lanes, in the design and maintenance of impending and ongoing road constructionÂ projects.

â€œSeveral municipalities have NMTÂ projectsÂ in the pipeline and this indaba is a way for all these plans to be brought together so that they can be coordinated. This is the first time that I am getting a full report on what weâ€™re doing in terms of NMT infrastructure development [across the province]. It doesnâ€™t make sense to have severalÂ projectsÂ that are being progressed without a coordinating [body],â€ he said, noting that the GTC would assume this coordinating function.

â€œThe increased use of an affordable mode of publicÂ transport, especially for low-income residents, [enables] learners to get to school safely and [faster and also increases] mobility,â€ the department said in a statement.

The department was also currently rolling out NMT infrastructure inÂ Johannesburgâ€™s Alexandra township, through which sidewalks were being improved and widened, and a dedicated â€œcycle wayâ€ built, linking Longmeadow/Linbro Park and theÂ Marlboro Gautrain station.

These initiatives would be aligned with the ongoing BRT infrastructure roll-out acrossÂ Johannesburg, the third phase of which had seen the start of construction of a dedicated bus lane and service initiated from the University of the Witwatersrand, in Braamfontein, to theSandton Gautrain station.

The provinceâ€™s various NMT and BRTÂ projectsÂ were aimed at mitigating the effect of increasing volumes of road traffic across Gauteng.

ITMP25 leader andÂ GautrainÂ Management Agency CEOÂ Jack van der MerweÂ said this month at aÂ TransportÂ Forum meeting that, if current trends continued, the weighted peak-hour road network speed would reduce from 48 km/h to below 10 km/h over the next 25 years, as peak-hour person trips were expected to grow from 2.2-million to 3.9-million.

â€œMajor interventions and management of travel choices and demand will be required to avoid this scenario,â€ he cautioned.