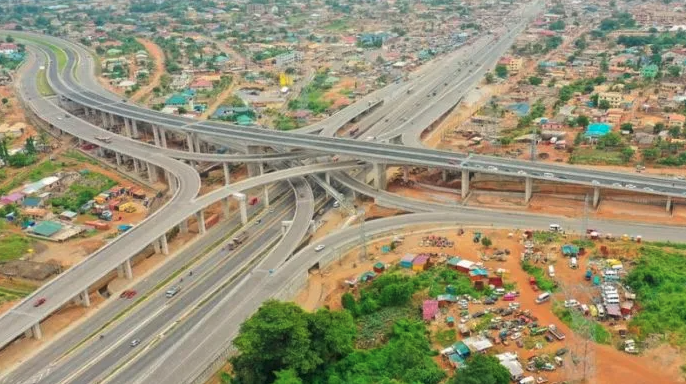 Nana Addo Dankwa Akufo-Addo, the President of the Republic of Ghana recently commissioned the Four Tier Pokuase Interchange that is situated at Pokuase Junction in Pokuase/Pokoasi, a suburb of Accra, the capital city of the West African country.

As part of the Accra Urban Transport Project, the Pokuase Interchange was constructed by Zhongmei Engineering Group Ltd of China in a period of thirty-six months. The works were supervised by the Ghanaian Department of Urban Roads (DUR) under the Ministry of Roads and Highways.

Scope of the project
The Four Tier Pokuase Interchange Project involved the construction of the 6.5-kilometer Awoshie to Pokuase road, an interchange at the intersection of ACP junction to Awoshie to Nsawam road, two footbridges that came with a ramp for the physically challenged, and the widening of the Nsawam road by approximately two kilometers.

The three-hectare Gua Sacred Forest was also protected as part of the project and fourteen basic schools were provided with ICT labs to help train approximately ten thousand students within the Ga North, South, Central, and West Municipalities, with knowledge in information and communications technology.