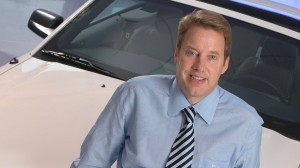 However, he added that other countries on the continent were â€œbecoming interestingâ€, and that the US carmaker was casting its net wider for possible manufacturing locations.

However, this was no zero sum game where one country lost, and the other one won, he noted. Should Ford sales grow further in Africa, as anticipated, the continent would be able to host an increasing number of assembly plants.

Ford Motor Company of Southern Africa assembled the Ford Ranger in Pretoria, exporting the pickup to around 150 countries, including a number of African destinations.

Bill Ford confirmed that Ford was considering Nigeria as a possible production hub.

â€œWe are looking closely at that market; determining the best way to participate.â€

He added that Ford was not yet ready to make an announcement on the matter, but that it would talk to the media â€œin the not too distant futureâ€.

Ford Middle East and Africa president Jim Benintende noted that Ford was in talks with the Nigerian government about the content of its new automotive policy.

He said the new Middle East and Africa business unit, formed last year, was still finding its feet on the continent.

Ford was still working out which countries required more dealerships, which offered the opportunity to increase sales, and which countries would be best suited to local manufacture.

Ford had â€œgreat aspirations for this regionâ€, with its rising economic growth and growing youth population, addedBill Ford.

Nigeria had recently hiked duties on new imported vehicles, in an effort to stimulate local production.

Nissan had already opened an assembly plant in the West African country, in response to the policy, with a number of other carmakers also mulling local production.