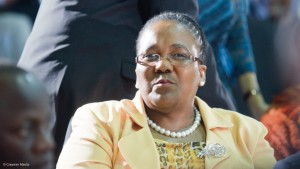 The number of road deaths over the festive season declined by a negligible 0.6% year-on-year, with 1 368 fatalities recorded between December 1, 2014 and January 5, 2015, Transport Minister Dipuo Peters revealed on Friday.

Painting what she described as a â€œgloomy picture of the state of road safetyâ€, Peters added that, during this period, the Department of Transport (DoT) registered 1 118 fatal crashes, indicating a â€œslightâ€ reduction of 2.5%.

â€œThough we half-heartedly acknowledged the decline, we have no cause to celebrate, as our people continue to be killed on our roads owing to the irresponsible and murderous acts of fellowroad users.

â€œThese senseless killings could have been avoided if we all behaved as responsible law-abiding citizens,â€ she told journalists at the official release of the festive season statistics.

Of the total fatalities, 39% were vehicle passengers, while 36% were pedestrians, 24% vehicle drivers and 1% cyclists.

Seventy-five per cent of those killed on South African roads were male and a quarter of the fatal crashes occurred between 20:00 and 24:00.

The Minister noted that, while the number of road deaths and injuries had â€œstabilisedâ€, there was an â€œurgentâ€ need to take appropriate action.

â€œRoad traffic carnage prevention and mitigation should be given the same attention and scale ofresources that is currently paid to other prominent priorities if human loss and injury on the roads is to be averted,â€ she said.

The DoT stated that it was playing a â€œpivotalâ€ role in the international road safety sector and that it had committed to the United Nations Decade of Action for Road Safety.

â€œTo this end, we are bound to learn from best models. We will soon be visiting Australia and Sweden and paramount to our visit will be the benchmarking of tried and tested road safety methodologies and practices,â€ Peters outlined.

She added that intensified interventions would be â€œrobustlyâ€ rolled out during the year, while â€œthe proliferation, duplication and unstructuredâ€ management of road safety would receive â€œurgent and undividedâ€ attention.

This included, among others, the transfer of the electronic national administration traffic information system from the DoT to the Road Traffic Management Corporation and the improved coordination of drivers licence testing centres and computerised learner licence testing.

Nonprofit organisation (NPO), the Justice Project South Africa, however, described the road fatality figures as misleading, asserting in a statement that the period over which the 2014/15 festive season road deaths were calculated was two full days shorter than the prior yearâ€™s period.

â€œ[This is] an apparent blatant attempt to make it appear that there has been a reduction in road deaths over the festive season, however small that reduction may be claimed to be,â€ said the group.