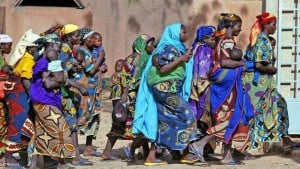 With Africaâ€™s population set to triple by 2050, modernising local economies will be vital to make the continent more competitive and to increase peopleâ€™s living standards, the African Economic Outlook 2015 report highlights.

Compiled by the African Development Bank (AfDB), the Organisation for Economic Cooperation and Developmentâ€™s (OECDâ€™s) Development Centre and the United Nations Development Programme (UNDP), the report also found that African economies would grow by 4.5% this year, and possibly by 5% in 2016.

Surpassing most regions, despite the global financial crisis, the continentâ€™s economic growth converged with Asiaâ€™s current growth rates. However, lower oil and commodity prices, uncertain global conditions, the consequences of the ebola outbreak in West Africa and domestic political uncertainties could delay an expected return to pre-2008 growth levels.

â€œAfrican countries have shown considerable resilience in the face of global economic adversity. For future growth to be sustainable and transformative, benefits [need to be] shared more equitably among the population and governments [need to] continue to pursue policies that promote economic stability,â€ AfDB VP and chief economist Steve Kayizzi-Mugerwa said.

South African companies were the leading investors on the continent.

Further, human development levels in Africa have increased since 2000, with 17 of 52 countries reaching middle or high levels of development. However, the regionâ€™s poverty rates remained stubbornly high, while progress in health, education and income were uneven.

Huge inequalities persisted between and within countries, and between women and men. In many areas, low productivity and investment, the absence of infrastructure and rural-urban networks and too few jobs outside of the agricultural sector, were holding back economic and development progress.

The continentâ€™s demographic boom was said to be exacerbating these challenges. By 2050, both cities and rural communities in Africa would see their population grow drastically, with the countryside gaining an estimated 400-million people.

For instance, the report stated that, over the next 15 years, 370-million youth would enter sub-Saharan Africaâ€™s labour markets, making it necessary to create many more jobs and opportunities for savings and investment.

In addition, that population growth, combined with climate change, would exert increasing pressure on natural resources, such as food, water and land.

The report argued that past efforts to promote regional development through territorial management, infrastructure development and decentralisation had been scattered and had limited impact.

As a result, the potential of Africaâ€™s regions, which included river basins, border areas and key rural-urban corridors, remained unfulfilled.

â€œAfrican economies could benefit from mobilising the wide and extraordinary untapped potential of their diverse regions. Putting people and places at the centre of policy-making may improve Africaâ€™s competitiveness and the wellbeing of Africans,â€ OECD Development Centre director Mario Pezzini noted.

In addition, tackling spatial inequalities would require implementing policies that cut across sectors. These included diversifying rural economies and linking them with cities, through the promotion of value chains and trade corridors, unlocking domestic financing, developing transport and communication infrastructure and investing in basic social services.

â€œInclusive and sustainable growth is a fundamental aspect of Africaâ€™s post-2015 development agenda for economic and social transformation.

â€œWe need to invest in building economic opportunities, including at the local level. And especially those of young women and men who are the architects of tomorrowâ€™s Africa,â€ said UNDP regional bureau director Abdoulaye Mar Dieye.

The report also called for strengthening skills and education, addressing exclusion through the development of targeted social protection measures, and promoting universal access to sustainable energy and technology.