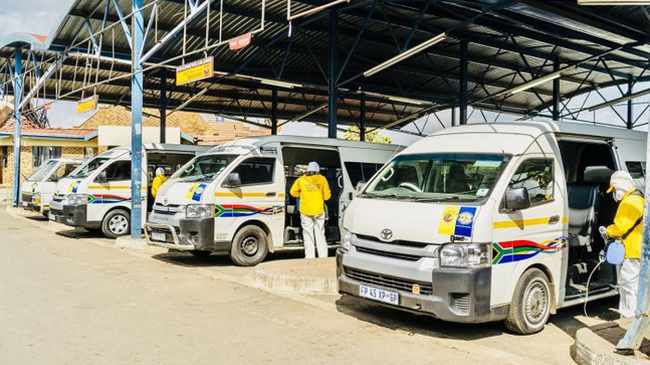 CAPE TOWN – The taxi industry has urged commuters to brace themselves for fare increases that could possibly come into effect next month, claiming it was still reeling from the impact of Covid-19 on its operations and steep fuel prices.

“The industry cannot afford not to make an increase. Adjustments are normally made mid-year and sometime in December. While we take into consideration the commuters, they also need to understand that the taxi industry is already operating at a mere 60% compared to the capacity it had before Covid-19. Operators are struggling to make a living at the moment due to these factors. Most associations will increase their prices,” said Geyer.

In a taxi travelling from Bellville to Cape Town, a notice for the route, known as 124, stated that alterations to fares would come into effect from the first week of December.

Bellville to Salt River and the CBD is expected to be R20.

Cata Belta chairperson Ketye Mapeks said it was surprised to learn that notices had already been issued to commuters.

“We have been in talks to increase taxi fares. No final decision was made yet on prices and other things. It came as a shock to us that some taxis already have notices informing people about adjustments. Another meeting is going to be held about this action and decision.”

Congress of Democratic Taxi Associations (Codeta) secretary Lesley Skhuphela also said talks were ongoing and a decision would be made soon.

ANC transport spokesperson Lulama Mvimbi said the taxi industry was mainly used by many people from disadvantaged areas who would not be able to afford it if it got too pricey.

“Some of the commuters are unemployed but make the means to get money and travel. I hope they will be considerate of that when adjusting the prices. While we understand the impact the price of fuel might have on the taxi industry, they need to be affordable to the thousands who rely on them,” he said.