E-Tolls Must Be Reviewed to Address Affordability – Report 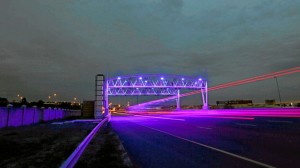 There has been a public outcry over the implementation of e-tolls on Gauteng’s highways, with many motorists refusing to pay their bills.

Johannesburg â€” An advisory panel report on the socio-economic impact of the e-tolls in Gauteng has recommended that elements of the current e-toll system must be reviewed to address affordability, among others.

“… the main recommendation of the panel is that elements of the current e-toll system must be reviewed to address the questions of affordability, equity, fairness, administrative simplicity and sustainability,” said Premier David Makhura during the release of the report on Thursday.

The panel has made more than fifty recommendations that address the socio-economic impact of the Gauteng Freeway Improvement Project (GFIP) and e-tolls, including issues of public transport infrastructure, environmental sustainability and spatial integration of the province.

Premier Makhura said according to the report’s key findings, “while there is general acceptance of the user pay principle and willingness to pay for current and future upgrades of roads and public transport infrastructure in its current form, the e-toll system is unaffordable and inequitable and places a disproportionate burden on low and middle income households.

“It is also administratively too cumbersome”.

Another key finding of the panel is that the implementation of the GFIP has benefited the economy and the people of the province in various ways such as better quality road system; reduced travel time; improved fuel efficiency; reduced vehicle operating costs; and improved logistics efficiencies for business.

Premier Makhura further said the provincial government is working with national government and the three Metropolitan municipalities namely City of Tshwane, Ekurhuleni and Johannesburg to consider all the recommendations and their full implications.

He said this included the best funding model for the GFIP, adding that the process is being led by Deputy President Cyril Ramaphosa.

The Premier also announced that he will convene a consultative session with all the stakeholders that made submissions to consider all the recommendations and their full implications, including the best funding model.

According to Premier Makhura, once the consultation processes are concluded, government will make an announcement on the recommendations.

“We commend the panel for its detailed work that in our view will undoubtedly contribute enormously to improving the quality of governance in the province. We also want to thank the people of Gauteng for their positive contribution to the work of the advisory panel,” he said.

Premier Makhura established the advisory panel in July last year with a mandate to undertake a comprehensive assessment of the socio-economic impact of the e-tolls.

The report was presented to him on 30 November last year.