E-toll system is working, although with some challenges â€“ Sanral 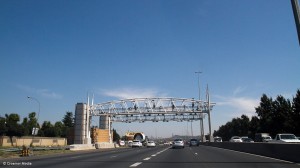 Sanral said in a statement that it explained to the committee that the toll system was stable and handling large registration and enquiry volumes, especially as part of the ramp-up period.

Sanral also emphasised that theÂ e-tollÂ system had a monthly user population of about 2.6-million individual vehicles a month with only 0.3% of those drivers having raised complaints.

However, the Opposition to Urban Tolling Alliance (Outa) said in a statement on Tuesday morning that the claim that the number of complaints were â€œa mere 0.3% of the total road usersâ€ was â€œcomicalâ€ as there were â€œhundreds of thousands of road users who are simply not complying and have not bothered to complainâ€.

â€œThe real issue is that the system does not have the support and commitment of the people,â€ Outa said.

Meanwhile, Sanral also said, to date, 1.2-millionÂ e-tagsÂ had been taken up, with more than 500 000 individual vehicles registered sinceÂ e-tollingÂ started on December 3, and between 30 000 and 45 000 registrations taking place weekly, while more than 100 000 users had registered anÂ e-tollÂ account on theÂ e-tollÂ website.

â€œThese high numbers indicate that motorists are prepared to cooperate with us in making the system work â€“ [we have always held the view] that generally South Africans areÂ law-abiding citizensÂ who are prepared to make their country work. And for that, we as Sanral, are thankful to the motorists and companies who have registered, including those who have not registered forÂ e-tagsÂ but are nonetheless paying theirÂ e-tolls,â€ Sanral CEOÂ Nazir AlliÂ said.

However, Outa said, forÂ e-tollingÂ to be regarded a success by international standards, Sanral had to achieve levels of compliance closer to 90%, along with low administration costs.

â€œOne only needs to read the thousands of comments and complaints to realise that Sanral have not only lost the people, but they have lost the plot and the system will struggle to achieve a situation of high compliance, an outcome that will see most of the revenues collected being used to simply pay off the collection process and far too little paying off the freeway upgrade,â€ Outa said.

Sanral further pointed out to the Parliamentary committee that theÂ e-tollÂ system was exposing historic problems, including the accuracy of e-Natis data, cloned and duplicate number plats, illegal vehicles and vehicles without number plates.

â€œTo mitigate this challenge, Sanral will embark on anÂ educationÂ campaign to urge road users to update their information on e-Natis when relocating or changing ownership of vehicles. It will also investigate options to improve vehicle ownersâ€™ ability to check online if details on e-Natis are correctly captured,â€ Sanral said.

The agency further admitted to erratic communication with its website causing slowness of operations, the need to improve customer services at points of presence and the call centre, as well as the need for additional payment channels.

â€œSanral is well aware of the challenges and apologises to road users for any inconvenience caused. A system of this magnitude was always going to have its teething problems but these are not insurmountable. We, together with the service provider Electronic Toll Company, are making interventions to address all the challenges we have identified,â€ Alli said.