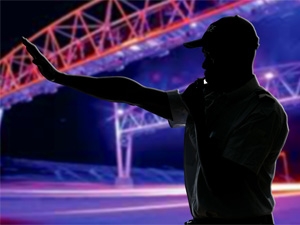 Gauteng motorists may soon face an â€œon-road enforcement teamâ€ chasing e-toll violators, according to reports â€“ but the JPSA says that road users should be aware of what can and cannot be done.

Gauteng motorists may soon face an â€œon-road enforcement teamâ€ chasing e-toll violators, according to reports â€“ but the JPSA says that road users should be aware of what can and cannot be done.

According to aÂ report by BDLive, CEO of Electronic Toll Collection (ETC) Jamie Surkont says that â€œon-road enforcementâ€ against e-toll violators is months away from being introduced.

Similar reports from motorists, claiming they were stopped by police to check if they were e-tagged, drew outrage from Gauteng road users in May, with Justice Project South Africa (JPSA) coming out and reiterating that such spot-checks (including road-blocks) were illegal.

At the time, Sanral denied that it was working with the Johannesburg Metro Police Department (JMPD) to stop motorists to check whether they are e-tagged.

â€œWe categorically deny that there is any partnership with the JMPD on this. No vehicles on any road are being checked to see whether they are e-tag registered. The JPMD has in the past distanced itself from this and so did we,â€ Sanral spokesperson Vusi Mona said.

However, according to Surkont, the spot-checks referred to in this instance would not be an exercise in forcing motorists to acquire e-tags, but rather a â€œcustomer servicesâ€ process, BDLive reported.

ETC would use enforcement to capture the details of motorists that its gantries had picked up, but had been unable to identify.

Traffic police would attempt to update their details, while checking for duplicated licence plate numbers or motorists driving without licence plates or disk.

Such measures would be instituted because the e-Natis system, which Sanral is obligated to make use of, is outdated â€“ resulting in many billing errors, the ETC head was quoted as saying.

JPSA chairman, Howard Dembovsky noted that, while private companies such as ETC often threaten criminal prosecution, itâ€™s not their place to do so.

â€œSurkont calling this a â€˜precursor to prosecutionâ€™ is utter rubbish and shows his lack of understanding of the Criminal Procedure Act,â€ he said.

â€œHe and his company should stick to running the e-tolls system and sending out â€˜unauthorised test emailsâ€™ containing threats to motorists (so Vusi Mona and company have something to deny), and leave the Criminal Procedure Act and traffic policing to those who know how it works.â€

Further, the JPSA head said that blaming the outdated e-Natis system for problems is disingenuous, considering the warnings from all opposing parties that exactly this would happen, as well as the two years the Department of Transport had to make sure the system was up to date.

â€œThis says a lot for the ethos of both the Department of Transport and Sanral,â€ he said.

Dembovsky warned Sanral that if â€œon-road enforcementâ€ deviates even slightly from the processes allowed by the law, the company would face an onslaught of civil claims from road users.

â€œWe have been proven right about our assertions on the e-Natis issue and we will be proven right on the â€˜on-road enforcementâ€™ exercises if Sanral and others choose to again ignore our warnings,â€ Dembovsky said.

â€œTrust us when we say that we will do everything we can to ensure that they do get sued blind if they deviate from the law.â€

But is this legal?

Dembovsky said that â€œon-road enforcementâ€ targeting motorists with false, cloned, obscured, altered or missing number plates, is nothing new and fully within the law.

It would also be fully within the law to issue fines for any of those offences.

â€œIf, however, it is going to be used to stop those who have not paid e-tolls and â€˜escort them to a customer service centre to payâ€™, as has previously been mooted, then this will be fully illegal and tantamount to kidnapping and extortion,â€ Dembovsky said.

According to JPSA, traffic officers may indeed serve a summons (in terms of Section 54 of the Criminal Procedure Act) on the person driving the vehicle, but will have to make certain that:

â€œStopping motor vehicles that have outstanding e-tolls against the licence number will be a hit or miss situation, since a large proportion of vehicles are driven by people other than the registered owner,â€ Dembovsky said.

The JPSA head warned that paying an admission of guilt fine on a summons issued in terms of Section 54 or Section 56 of the Criminal Procedure Act is equivalent to pleading or being found guilty of the offence in court, andÂ will incur a criminal record.

â€œPeople are under the false impression that these are mere traffic fines and paying them is both the right thing to do and a time-saving option available to them. At best, this is a very foolish thing to do, if you intend applying for a travel visa or a job,â€ he said.

Sanral did not respond to queries by the time of publication.