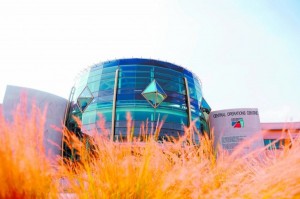 Gauteng motorists have run up more than half a billion rand in overdue fees since the province’s e-tolling system started on December 3 last year, according to Transport MinisterÂ Dipuo Peters.

“I am informed that… as at March 1 [this year] an amount of R543 544 574 worth of invoices were transferred to the VPC [Violations Processing Centre],” she said in a written reply to a parliamentary question.

The VPC is the debt-collection division within the SA National Roads Agency (Sanral) responsible for the collection and processing of overdue e-toll transactions.

Contacted for comment on Wednesday, Sanral spokespersonÂ Vusi MonaÂ said the R543.5m included both those motorists with e-tags who had overdue accounts, as well as those who had not registered, but were picked up by the tolling system.

“It relates to those people who have amounts outstanding, whether registered or not,” he said.

Mona could not immediately say what percentage of Gauteng motorists had registered to date.

In her response to the parliamentary question – posed by Democratic Alliance MPÂ Ian OllisÂ – Peters also revealed that “an amount of R54 735 638 (excluding VAT) has been expended in the collection of the debt”.

This figure included R32.8m “for postage and printing of invoices” and a further R21.9m for “the cost of debt collection processes”.