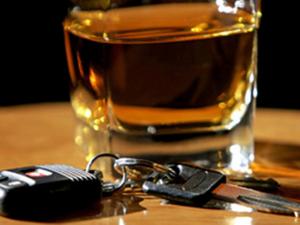 The new cases will be added to a backlog of more than 30,000 still awaiting processing.

WITH thousands of new cases of drunken driving during the festive season piling up, concerns have been raised over the ability of the countryâ€™s forensic chemical laboratories to effectively process the blood samples so cases can be prosecuted.

The new cases will be added to a backlog of more than 30,000 still awaiting processing.

The prosecution of drunk driving cases has been plagued by delays in blood samples being available, leading to police losing dockets and magistrates throwing out cases as a result of repeated delays. Though Transport Minister Dipuo Peters said before Christmas that road fatalities were down in that period, the death toll during trips home by holidaymakers are not yet in.

She expressed concern at the carnage on SAâ€™s roads and the role played in them by alcohol, even with pedestrians.

Democratic Alliance health spokesman Wilmot James said yesterday that he had written to Health Minister Aaron Motsoaledi asking him to confirm that the new KwaZulu-Natal Forensic Chemical Laboratory (FCL) will start operating by May 1.

“The opening of the KwaZulu-Natal lab is a very important chapter in the saga to deal efficiently with the delivery of drunk-driving blood alcohol results to the courts so that offenders can be prosecuted swiftly and successfully. Swift prosecutions (deterrence) and severe sentencing (punishment) are essential for justice to be done.”

He said that if the KwaZulu-Natal lab took responsibility for its own province (KwaZulu-Natal pre-mortem drunk-driving and post-mortem alcohol tests are presently being done by the Pretoria lab) and for the Eastern Cape (presently the responsibility of the Cape Town lab) it would mean that forensic lab operations from April this year would be better distributed.

Mr James said this would improve efficiency but that it will still take an average of six months to return results.

Attempts to elicit comment from the Health Ministry were unsuccessful.