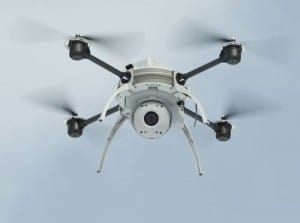 The RPAS/UAV sector is widely accepted as being the fastest growing sector of aviation internationally.

The RPAS/UAV sector is widely accepted as being the fastest growing sector of aviation internationally and regulatory authorities the world over are in the process of investigating regulations to ensure safe utilisation of unmanned aircraft in civilian airspace.

Last July the SACAA, via its chief executive Poppy Khoza announced it had made â€œconsiderable progressâ€ with interim standards of compliance for this class of aircraft.

An interim guiding document was drawn up to provide certain standards for compliance by all prospective RPAS operators with further research to follow before draft regulations were finalised.

â€œUntil the regulations are approved, the use of RPAS in terms of existing legislation remains illegal,â€ an SACAA statement said, adding it as the regulator is obliged to put regulations in place for â€œdealing with all the regulatory facets applicable to the operations of RPASâ€.

Khoza said the South Africa regulatory body was â€œone of the first entities globally to make headway in terms of developing comprehensive regulationsâ€.

This, she said, showed SACAAâ€™s ability to respond to an urgent need from industry as well as a commitment to ensuring regulations are in place as soon as possible. â€œThis is the only way we can ensure RPAS operate safely.

â€œRPAS represent a relatively new component of the civil aviation framework, one which SACAA, together with other regulators worldwide and under the guidance of the International Civil Aviation Organisation (ICAO), are working to understand, define and ultimately integrate into the civil aviation sector.

â€œAs such, the process of developing policies, procedures, regulations and associated standards in order to certify and subsequently authorise operation of RPAS is moving with speed. It also needs to be handled with care as failure to ensure this will have devastating consequences, including loss of life,â€ Khoza said.

While enthusiastic about integration of RPAS into local airspace she was â€œmindful of various security and safety aspectsâ€.

â€œKey among these is that the technology installed on RPAS is able to ensure, among others, mid-air collisions and incidents are minimised. There is also the need to make sure the allocated frequency spectrum is secure to ensure protection from unintentional or unlawful interference with the RPAS.â€

She is adamant the approval and implementation of RPAS regulations will not be conclusive.

â€œThe SACAA anticipates rapid changes in the very near future, as this is a new phenomenon in the civilian airspace and as such, as this facet of the industry evolves; we will adjust the regulations as dictated by the prevailing circumstances at any given time. The SACAA will still work in collaboration with ICAO and its member states, towards providing a regulatory framework through Standards and Recommended Practices (SARPs), with supporting Procedures for Air Navigation Services (PANS) and guidance material, to underpin the routine operation of RPAS in a safe, harmonised and seamless manner, comparable to that of manned operations.â€

Draft regulations were published as a white paper in December and open to public comment until January 5. The SACAA set March 2015 as the deadline for new regulations to come into effect.

The draft regulations require aircraft to be licensed and registered and pilots/operators to undergo training to qualify them to fly the aircraft. Someone would only be able to fly a remotely piloted aircraft if they have an RPA Pilot License, an RPA Operator Certificate, a certificate of RPA registration and an RPA Letter of Approval.