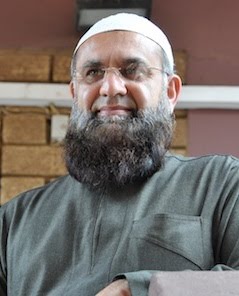 The Gauteng MEC for Roads and Transport, Ismail Vadi.

AN 11th-hour agreement between taxi associations and the police to release impounded taxis to operators may have saved Gauteng commuters from a planned province-wide taxi strike.

Earlier this week police were deployed to Mamelodi â€” ostensibly as part of the controversial anti-crime Operation Fiela â€” to quell violence that had erupted as taxi drivers protested against bus operator Autopax taking over bus routes previously operated by Putco.

Police impounded more than 50 taxis whose operating permits had expired or were invalid. Taxis with no vehicle licence discs were also impounded, according to the Gauteng department of roads and transport.

Some drivers were found to have been driving without driverâ€™s licences, while others were on the road illegally, with fraudulent operating licences. Two firearms and drugs were also found.

Since Autopaxâ€™s scheduled changeover last week, several buses were stoned and five people were woundedâ€š one seriouslyâ€š when shots were fired at a Putco bus. Taxi operators want the provincial government to grant them rights to take over the operation of the routes discontinued by Putco.

South African National Taxi Council (Santaco) Gauteng chairman Ralph Jones said on Thursday that if the impounded taxis had not been released, there would have been “solidarity” through a provincial taxi “stay-away” â€” leaving Gauteng commuters stranded.

Earlier in the day, Gauteng MEC for roads and transport Ismael Vadi said the government had done nothing wrong by impounding taxis in Mamelodi. He said the industry could not say it was being unfairly punished as the vehicles could have been impounded in a normal road block anyway.

Mr Vadi said the taxi industry could not “hold a gun” to governmentâ€™s head and demand contracts.

It would be unlawful for contracts to be set aside specifically for the taxi industry, he said.

Mr Vadi said that while he felt for the taxi industry, which had been crying for subsidies since 1994, there was no funding available in the provincial budget for this.

“It canâ€™t be a demand. There are certain logical constraints and there isnâ€™t unlimited financing,” he said.

The MEC said his department would soon begin an open tender process for the routes discontinued by Putco as Autopax was an interim until the end of September.