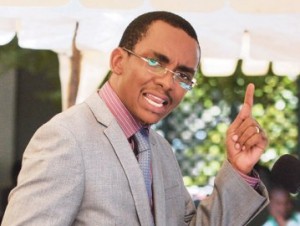 Ilala Municipal Council Mayor, Mr Jerry Silaa, said the changes sought to comply with the DART System expected to start at the end of this year.

â€œThere will be new routes and traffic signs in the central business district and the people must observe,â€ Mr Slaa told a news conference.

He said apart from allowing smooth implementation of Bus Rapid Transit System, the change in traffic circulation sought to de-congest the city centre.

It also wants to make sure that there was improvement in efficiency of daladala operation and to dedicate part of Morogoro road to only Bus Rapid Transit (BRT) and pedestrians.

â€œPeople should be aware of these changes especially when driving to the City centre,â€ he said, noting that parking areas would be reduced along these roads to ensure smooth traffic flow.

There will be buses that will commence at Mnazi Mmoja through Bibi Titi, Maktaba roads up to the Old Post Office and use the same roads to Mnazi Mmoja.

Mr Serapion said that all commuter buses using Ali Hassan Mwinyi road toward the City centre will end up at YMCA, Upanga road and use the same route on their way back.

Only private cars will be allowed to use Sokoine drive from the Central Police Station to Kivukoni, Ocean Road Hospital and connect with other roads including Ali Hassan Mwinyi.