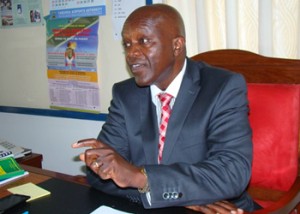 Commuter bus owners in Dar es Salaam have been challenged to strengthen the Mzizima Dar es Salaam Express Company to enable it compete in tenders to run the much-awaited Dar es Salaam Rapid Transit system.Mzizima Dar es Salaam Express is a new transportation company formed this year by commuter bus owners to strengthen their union and bargaining power in their bid to become part of the Rapid Transit system expected to start at the end of this year.The advice was given by the Acting Dar es Salaam Regional Commissioner, Raymond Mushi during a transport stakeholdersâ€™ meeting over the weekend.â€œWe would like you to be a part of the project,â€ said Mushi, who is also Ilala District Commissioner, warning that running the company would only be possible if they are strong and competitive.The meeting which was coordinated by Dar es Salaam Rapid Transit (DART) Agency sought to explain to owners of commuter buses the opportunities available in the BRT system and how they can become players.Mushi explained that throughout the world, transporters join and form companies hence it is time for Tanzania to emulate them to bring efficiency.He said it is necessary for commuter bus owners to make their company strong by purchasing shares and other means to be able to competitively take part in bids for service providers.â€œJoin hands, strengthen your company so that you become a part of this unique project…you deserve it,â€ he noted.For her part, DART Agency Chief Executive Officer, Asteria Mlambo said the meeting that involved commuter bus owners and UDA owners went well, saying transport stakeholders should be confident because they will be allowed to take part in bidding for tenders either independently or with foreign companies.Â She further said commuter bus owners can buy 30 percent of the shares of UDA and join forces to compete for the tenders expected to be announced in a few months to come.The 30 percent shares offered to commuter bus owners were announced at the meeting by UDA Executive Director, Simon Bulenganija.The Chairman of commuter bus owners Association in Dar es Salaam (DARCOBOA), Sabri Mabruk hailed the anticipated transportation system saying it will improve and modernise the city.He however said they prefer to run the new system by 100 percent. â€œWe need to run the system on our own…that is our humble appeal to the government.â€Â The Director of Training, Research and Development at UDA, Henry Bantu said it is time Tanzania did away with having individuals operate commuter bus services.Ongoing works of the DART project envisions traffic jams and congestion reduction in Dar es Salaam city.The project includes construction of 20.9 kilometre special trunk road from Kimara terminal to Kivukoni area, Msimbazi road from Fire to Kariakoo-Gerezani area and a part of Kawawa Road from Magomeni to Morocco junction.Â