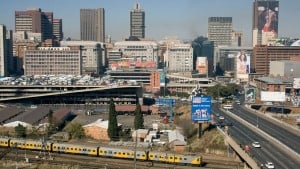 The City of Johannesburg has plans to extend the paid street parking system to other busy areas in the metro such as Rosebank.

Modingoane said the benefits of the system were fourfold. These were:

There are 250 parking marshals who work in both Braamfontein and the Johannesburg CBD on streets where there are signs indicating a park-and-pay zone.

Motorists are charged R9.50 per hour, R4.25 per half hour, and decisions on tariffs are made following a citywide consultation process.

“The City always makes an effort to respond according to submissions made by residents and stakeholders,” said Modingoane.

The money collected by the parking marshals goes towards their salaries, equipment, and uniforms. The percentage of parking fees which went to the city is 20.4 %.

“Over a period, the cityâ€™s infrastructure became too costly to maintain because of vandalism, theft, change of currency and phasing out of coins, among other things. Thus this system was scrapped in favour of a more modern system that comes with added benefits.”

For a while, the city had no parking metres, which Modingoane said led to an increase in “motorists hoarding parking sports for long hours” and in some cases, preventing business from receiving more motorists.

“This has always been a concern for the city and hence the introduction of a managed paid meter system,” he said.

“A well-managed parking system tends to encourage visitors to business nodes because of available parking space relatively close to the place customers wish to visit.”

This also provided a constant flow of customers and hourly paid parking tended to increase the number of customers.

“This has certainly being observed in Braamfontein and business owners have reported increased trade because of availability of on-street parking space and better traffic flow,” he said.

The cityâ€™s revitalisation programme had also received a “positive response” from business, due to increased metro police presence, who are always on standby to support the parking marshals or wardens in the execution of their duty.

“The plan is role out this system to other busy areas such as Rosebank which will also provide job creation,” Modingoane said.