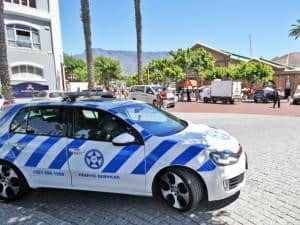 Cape Town – The City of Cape Town on Friday announced the arrest of 24 suspects during a three-day operation targeting public transport operators who flout traffic laws.

â€œWe conducted the operation during peak hours only, so it boils down to 21 hours of enforcement. It must also be noted that the officers did not limit their enforcement to public transport vehicles and that the drivers of many private vehicles and motorcycles were fined for driver behaviour, while arrests were made for driving without a licence,â€ said Smith.

Smith said the results of the operation spoke volumes about road usersâ€™ behaviour.

â€œThese numbers paint a very concerning picture about some of the issues in the taxi industry that need addressing beyond enforcement. Taxi owners are quick to point fingers at authorities, but I would challenge them to do some serious introspection about their responsibilities,â€ said Smith.

Of the fines issued, 6 370 were for speeding, 340 for overloaded vehicles, 331 for unlicensed drivers, and 173 for not having public driving permits.

â€œHow can you, in good conscience, allow an unlicensed driver or one without a valid public driving permit to get behind the wheel of your asset, placing dozens of lives in jeopardy at a time?â€ said Smith.

The City would continue with â€œOperation Throttleâ€ on an ad hoc basis in the following months.