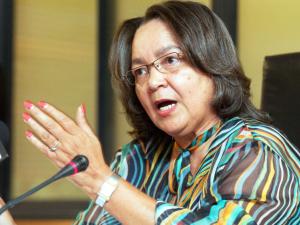 The vote on May 7 was for political partiesâ€™ representation in the National Assembly, National Council of Provinces and the nine provincial legislatures. But the promotion of two of De Lilleâ€™s team forced her to reassign responsibilities.

The first is Johan van der Merwe, as member for economic, environment and spatial planning. De Lille said: â€œHe has served the city council for many years and has occupied leadership positions within and without the caucus. He has served on numerous boards and was instrumental in devising a new spatial approach to the greater Tygerberg regionâ€™s urban regeneration in the formation of the Greater Tygerberg Partnership. He has most recently served as the portfolio committee chairperson of finance.â€

Next comes Benedicta van Minnen as head of health.

De Lille said: â€œShe has served the council with distinction, most recently as an outstanding member of the safety and security portfolio committee. Her activism and leadership in her ward has been a source of inspiration to other councillors and her significant analytical skills and determination will stand her in good stead in the health portfolio.

The third appointment is Xanthea Limberg as head of corporate sServices.

â€œShe is one of the councilâ€™s outstanding young leaders,â€ De Lille said. â€œShe has worked hard to make the economic, environment and spatial planning portfolio committee a success as its chairperson, and has been at the forefront of the councilâ€™s efforts to consider its approach to sustainable energy needs. She has a degree in public administration from UCT and has been politically active for almost a decade.â€

The fourth member is Siyabulela Mamkeli, as head of human settlements.

De Lille said: â€œHe has worked for the DA for numerous years, starting out as an activist. During his time in the council, he has served with distinction in numerous leadership roles. He therefore brings extensive experience of community issues and concerns to this critical portfolio.â€