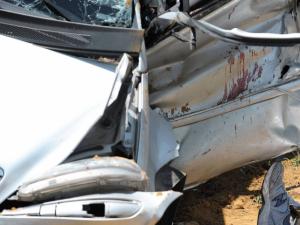 The long-term objective is to move goods and passengers from road to rail.

Over R1 billion has been set aside by government to upgrade the notorious R573 Moloto Road, which has been dubbed the country’s deadliest road.

Tabling the 2015/16 Budget, Finance Minister Nhlanhla Nene said: “We are able to make substantial contributions through the fiscus to infrastructure services over the Medium Term Expenditure Framework (MTEF) period. R1.1 billion is allocated for the upgrade of Moloto Road to improve safety and mobility on this road.”

Meanwhile, the national Department of Transport programme said the Moloto Rail Development Corridor, which is aimed at making the road safer, has been approved.

Mpumalanga Premier David Mabuza said the Department of Transport has signed and handed over the project to the Passenger Rail Agency of South Africa (Prasa) for implementation.

Among the fatal crashes on the road over the years, in 2013, 29 people died in a crash involving two trucks, a bakkie and a bus.

An inter-governmental Steering Committee (national Department of Transport and the provinces of Gauteng, Mpumalanga and Limpopo, including their respective municipalities) was established to conduct a feasibility study to determine long-term interventions for the corridor.

A political committee comprising the Minister of Transport, the Premiers of the three affected provinces and their respective MECs, and the mayors of the municipalities concerned is also seized with the issue of finding long-term solutions to challenges on the Moloto corridor.

The draft Rail Policy presented to Cabinet by Transport Minister Dipuo Peters in 2013 has a specific emphasis on the Moloto Corridor and speaks to the transport infrastructure investments that government need to make in that area.

The long-term objective is to move goods and passengers from road to rail and look into the possible expansion of the road network.

This would assist in reducing the number of heavy duty vehicles such as buses, which transport people from the former KwaNdebele to Pretoria Central Business District daily.