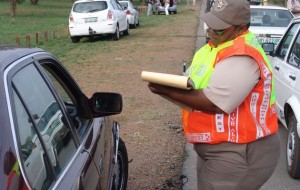 Cape Town – Errant motorists beware â€“ almost 100 new traffic officers should be recruited by the end of the next financial year, the City of Cape Town has warned.

The mayoral committee last week recommended the approval of the Adjustments Budget for 2015/16 which includes just under R40m for the appointment of new traffic officers, council confirmed in a statement.

The Safety and Security Directorate requested that R26.7m be spent on appointing 60 new traffic officers, arguing that an increase in contraventions enforced would result in more fines being issued and paid.

According to the City, it was expected that the expenditure would be absorbed by an increase in revenue from traffic fines totalling R19.6m and impoundment fees of R7.1m.

Mayoral committee member for safety and security JP Smith said his department had already lobbied for 30 new traffic officers, the budget for which was approved in May.

â€œOnce we receive final approval, we can actively start the recruitment process for qualified traffic officers.â€

The move would be a â€œserious investment in road safetyâ€, he said, taking traffic servicesâ€™ uniformed members for the city from 480 to 570.