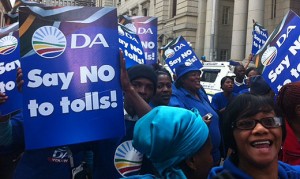 CAPE TOWN â€“ The South African National Roads Agency Limited (Sanral) says it will take its cue from the courts as to whether it will go ahead with plans to toll theÂ N1 and N2 highways in the Western Cape.

Sanral spokesperson Vusi Mona says, â€œThe matter is currently before the courts. We are waiting for a court date for a review. The court will make a ruling and then we can assess from there. If they say we can go ahead, weâ€™ll go ahead.â€

Meanwhile, the Western Cape Transport Department says a new integrated transport network is set to start operating in George toward the end of April this year.

More than R100 million has been pumped into the system.