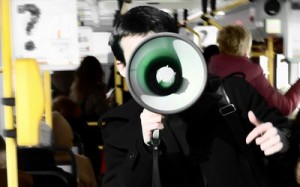 The current strike started in the middle of the festive season. Picture: THINKSTOCK

A five-day-old strike by about 700 bus drivers has disrupted the travelling schedules of thousands of commuters and holiday makers going to beaches and surrounding areas in Durban.

The drivers started an impromptu strike on new yearâ€™s eve after Transnat failed to pay their salaries and bonuses into their accounts. Transnat is a politically connected company contracted by the eThekwini municipality to run and manage the bus services on its behalf.

Two years ago Transnat, whose executives include President Jacob Zumaâ€™s nephew, the taxi baron Mandla Gcaba, was contracted to run the bus services. But it has since had to deal with a number of stoppages and strikes when workers and drivers went unpaid. In mid-October the bus service ground to a halt for days after fuel ran out.

The fleet of more than 700 buses are used by thousands of workers, schoolchildren and students travelling to and from the Durban city centre and surrounding suburbs and townships. During the holidays additional buses ferry holiday makers and residents to popular beaches.

Nhlanhla Bhengu, a bus driver and a member of Transport and Allied Workers Union of SA (Tawusa), said members decided to embark on a strike after their December pay and bonuses were not paid on December 31.

“We are sick and tired of working without being paid. Transnat is getting millions from eThekwini municipality for running this service but every month we are not getting paid on time,” Mr Bengu said. “We have bills to pay and debit orders to pay and once our salaries are not paid on time, we suffer penalties.”

Other drivers said they will not go back to work until the municipality tells them when it will take over the running of the bus services and put the drivers and other workers on its payroll, which they say is more reliable.

The current strike started in the middle of the festive season. Many holiday makers and workers have been stranded.

Bhabha Mzobe, who works in a Pick n Pay retail store at The Point, said the strike had caught him and many fellow workers and travellers unawares.

“I waited for the bus that will take me to work as usual (at Umlazi township). But after waiting more than an hour we were informed by the bus inspectors that there will be no buses because of the strike. Some of us had to borrow money to take taxis and even after doing so we arrived hours late,” he said.

“The municipality wishes to apologise to all commuters for the inconvenience caused. Customers are urged to make alternative travel arrangements during this interruption,” Ms Mthethwa said.

“The municipality is engaging with the operator to find a permanent solution to the challenges,” she added. She declined to respond to a question whether the municipality was considering taking over the running of the buses itself.

A council resolution was passed last year to take over the bus serviceâ€™s management â€” based on a monthly contract â€” because of the current poor quality. But the council has also said it will not take over the service at once but do so route by route.