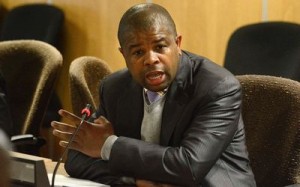 The Passenger Rail Agency ofÂ South AfricaÂ (Prasa) said on Tuesday that rail operations at the R1.3-billionÂ Bridge City StationÂ and Rail Precinct project would start on February 1, with a limited service.

PrasaÂ said in October that the service was set to start full operations at the beginning of 2014.

The project links communities from Inanda, Ntuzuma and KwaMashu toÂ Durban, in KwaZulu-Natal.

PrasaÂ noted that a battery of tests in December had shown â€œthat there were outstanding matters on the snag list which related particularly to the signalling system and that these have a bearing on the safety of commutersâ€.

PrasaÂ was set to continue tests during January, followed by the introduction of a limited service fromÂ Bridge City StationÂ toDurbanÂ on February 1.

â€œOnce we are satisfied with the safety aspects of the system, we will roll out the service in full. The roll-out of the service will, however, be dependent on whether the outstanding matters have been satisfactorily addressed,â€ said Montana.

Actom Signalling carried out the signalling contract on the Bridge City project.

Engineering News OnlineÂ learnt on Tuesday that a â€œvery old style interlockingâ€ had proved to make work on the project â€œvery challengingâ€.