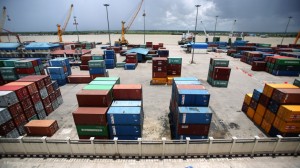 Improved transport, telecommunications, financial and diplomatic links, as well as robust economic growth on the continent have resulted in increased levels of trade between South Africa and other African countries.

South Africaâ€™s economic prospects are becoming increasingly intertwined with that of the rest of the continent and the government is committed to supporting this expansion. It will provided tax revenue, profits and dividends in the receiving country, and in South Africa.

As a result government has announced measures to improve South Africaâ€™s attractiveness as a hub for companies â€“ local and international â€“ wanting to expand in Africa.

In 2013 Treasury allowed JSE-listed companies to establish a â€˜HoldCoâ€™ to hold their African and offshore operations. Government now plans to extend this regime to facilitate investment into Africa, and beyond.

For JSE companies it will increase the size of allowed transfers from R750m to R2bn a year. Applications for transfers of up to 25% of the listed companyâ€™s market cap will be considered by the Reserve Bank, provided there is demonstrated benefit to South Africa.

Unlisted companies may operate HOldCoâ€™s under the same restrictions as listed companies, except that the size of transfers to their HoldCo is limited to R1 billion a year.

Governmentâ€™s plans go further than this.

National Treasury is proposing the introduction of â€œforeign member fundsâ€, which would not be subject to the macro prudential limit imposed on all institutional funds. These funds could be collective investment schemes and alternative investment funds such as private equity and venture capital funds. They would be able to source funding from non residents, domestic institutional funds and individuals, but they do need to be domiciled, managed and tax compliant in South Africa.

The objective is to support South Africa as a hub for African fund management.

Treasury also wants to support South African firms in their bid to raise capital in order to expand in Africa and other emerging markets. It is proposing that unlisted technology, media, telecommunications, exploration and other R&D companies should be allowed to freely lift offshore to raise capital for their operations, provided they remain based in South Africa and provided they have a secondary listing in South Africa within two years of the offshore listing.

In addition, listed companies will be allowed to freely list secondary listings to facilitate expansion.

To support South Africaâ€™s role as a financial centre for Africa a number of other steps will be taken: New regulations to facilitate the operation of foreign central counter parties will be released shortly. This will facilitate the establishment of foreign market infrastructure of the clearing of derivatives. In addition, Treasury has been working closely with the JSE and local banks to develop an electronic trading platform for South African government bonds. This should enhance price transparency, liquidity and regulation in the secondary government bond market, which in turn will encourage greater global participation in that market.

Government is proposing a number of other initiatives which it believes will reduce the administrative burden and cost of doing business for SA firms, investors and individuals â€“ for instance customers will be allowed to process advance payments for imports of up to R50 000 upon presentation of an invoice only.