Big bet on buses and trucks 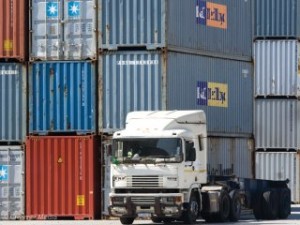 A NEW vehicle assembly plant, building buses for the Putco commuter transport company, is due to start production in July. The operation, a joint venture between Putco shareholder Larimar and Italian-owned truck and bus company Iveco SA, will create up to 1 000 jobs.

The plant is on the site of a former Nissan truck plant at Rosslyn, a Pretoria industrial suburb also home to the BMW and Nissan car companies, and to a large components supplier park.

Initial investment in Iveco SA Works (Isaw) is R800m: R200m for the building and R600m for tooling and equipment.

MD Samuel Afful-Mensah says the plant will eventually have annual capacity to build 6000 trucks and 1000 buses. The short-term target is to reach 5000 combined within three years.

He says 20% of buses will be for Putco. Other products will be Iveco trucks and buses, mainly for the SA market. About 20% of production will be exported.

Iveco is part of the Fiat industrial group. Its SA sales have recovered in the past 18 months, after what MD Bob Lowden, who was appointed in 2012, calls an “unsustainable” performance. Compared with its performance in other emerging economies, where it is market leader in some, he says Iveco was “a speck on the horizon” in SA. However, it still has some way to go to reach Lowden’s goal of 5 000 annual sales, including imports, by 2018. The company sold 621 vehicles in the first four months of this year.

Afful-Mensah says more than 80% of components for Isaw-built buses will be sourced from within SA. Chassises will be a mix of local and imported parts, but the bodies will be wholly manufactured in SA. Trucks will initially be assembled mainly from imported kits, but “we aim for 20%-30% local content within three years”.