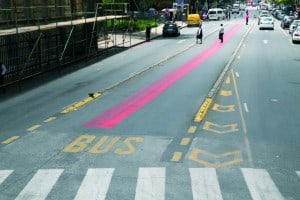 Some of the following public transport apps may be help commuters in the areas find alternative ways to make their way to work.

With the recent news that all Putco bus services will be suspendedas of today in the Tshwane, Ekhuruleni and Sedibeng municipalities, thousands of commuters in the province have been affected.

To lend a bit of a helping hand, some of the following public transport apps may be help commuters in the areas findÂ alternative ways to make their way to work, school and so on. Others on this list cater to other areas and can come in hand if youâ€™re a resident or visitor looking to get around on public transport.

Developed by young a programmer named Griffiths Sibeko,Â Rea VayaÂ is the first app of its kind dedicated to the Bus Rapid Transit (BRT) system. Itâ€™s compatible with Windows Phone and lists all bus schedules, routes, information on how to purchase smartcards andÂ fares and a map locator.

MoovitÂ provides Capetonians and visitors to the Mother City with crowd-sourced data from other Moovit users on different modes of public transport in the city. You get access to information such as pick up points, stops, anticipated departure and arrival times and fares and journey lengths.

ManyÂ South Africans use the Metrorail train service each and every day. TheÂ GoMetroÂ app and mobisite are an ideal tool to have for commuters as it displays train times, routes, fares, information on delays and changes and even lets late employees send a quick note to their workplace to their superiors know theyâ€™re running late.Â The app is accessible to anyone with an internet access-enabled cell phone and is available in all eleven official South African languages.

A Way To Be

Developed by Joâ€™burg local scientist, Lebogang Nkoane,Â A Way To Be, is a route-finder that gives information to users aboutÂ which taxis, buses are trains will take them to their destination. Users can access it from any device with an internet connection and access to a browser; you simply type in your location, your destination and then A Way To Be will highlight routes on the various modes of transport. Naturally, it coversÂ Johannesburg andÂ Pretoria, but it also covers and Cape Town, as well as Nairobi.