African cities highlighted as cities of opportunity, but Joburg will fall short 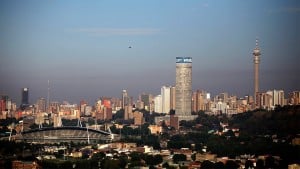 The emerging social order will see Africa build its megacities; however, South Africaâ€™s economic powerhouse, Johannesburg, would likely fall to the wayside as other emerging cities on the continent take the stage as â€œcities of opportunityâ€.

Africa was poised to unlock 12 megacities and 100 new cities housing in excess of one-million people by 2025 as the factors driving growth simultaneously played out on the populous continent, PwC Southern Africa director Jonathan Cawood said on Tuesday.

Speaking at a Nedbank Nepad Business Foundation Forum, in Sandton, he said increasingly widespread demographic and social changes, shifts in global economic power, rapid urbanisation, climate change and resource scarcity and technological breakthroughs were the main drivers of transformation for the cities across the continent.

PwCâ€™s latest report, â€˜Into Africa: The continentâ€™s cities of opportunityâ€™, outlined the driving factors for the performance of Johannesburg and 19 other major African cities at a regional and international level and their relevance and competitiveness on a global stage.

The report ranked cities based on society and demographics, infrastructure, human capital and economic indicators, offering potential investors the chance to evaluate investment opportunities based on a cityâ€™s current development or future potential, its location, â€œmust-have or knock-outâ€ features and the time to scale.

The number one city of opportunity overall was Cairo, in Egypt, followed by Tunis, in Tunisia.

Johannesburg ranked third, with Algiers, in Algeria, and Casablanca, in Morocco, closely on its heels. Accra, in Ghana; Nairobi, in Kenya; Nigeriaâ€™s Lagos; Ethiopiaâ€™s Addis Ababa; and Kampala, in Uganda were also listed in the top ten.

In the infrastructure category, Cairo came out in the lead, followed by Tunis and Addis Ababa, before Johannesburg entered the index. Cawood said the cost of housing and the cost of business occupancy, as well as low rankings in road safety indicators, were the main inhibitors for Johannesburgâ€™s rank in this category.

However, in terms of human capital, Johannesburg took second place, right behind Tunis and ahead of Cairo and Algiers. Here, the Southern African cityâ€™s health system emerged as the weakest link.

Turning to the economic indicators, low scores in the subcategories of the Gini coefficient and the rate of real gross domestic product (GDP) growth placed Johannesburg third, behind Casablanca and Tunis.

â€œLooking at the future, a disturbing thing happens, we [Johannesburg] drop right down the ranks,â€ Cawood commented.

â€œRelative to [the] other cities, we are not growing,â€ he said.

Dar es Salaam was named the number one in the opportunity index, followed by Lusaka, in Zambia; Nairobi; Lagos; Accra; Abidjan, in CÃ´te d’Ivoire; Kigali, in Rwanda; Addis Ababa; Kampala; and Cairo.

Accra, Lagos, Nairobi, Cairo, Addis Ababa and Kampala rank in the top ten of both overall and opportunities index.