Adoption of 4G to accelerate in SA – Cisco 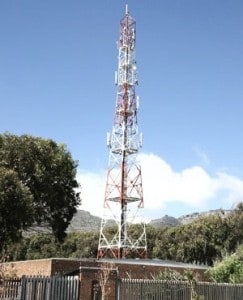 South African mobile operators are eager to switch on a 4G network as soon as are allocated spectrum. (Duncan Alfreds, News24)

This is according to the technology companyâ€™s forecast on mobile data traffic for 2014 to 2019.

The Cisco research says that 4G accounted for 15.7% all mobile data traffic at the end of 2014. This means that the uptake in 4G mobile traffic is predicted to experience a Compound Annual Growth Rate (CAGR) of 110% in South Africa.

â€œThis will largely be led by the growing number of smart connections in South Africa, which are expected to increase to 62% of mobile connections by 2019, from 21% in 2014,â€ said Cisco.

In addition, the increase in 4G adoption is further expected to boost 3G access.

Wi-Fi offloading occurs when a user or device switches from a cell connection to Wi-Fi and small cell access.