$22.6bn for land transport infrastructure through 2025 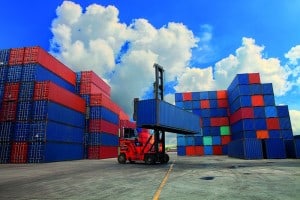 Angola is developing a modernized intermodal transport system that will connect with the rest of the region, the continent, and indeed the world

Any modernizing economy needs state-of-the-art transport, and Angola â€“ with its reliance on natural resources, sheer size, ambitions to improve the lot of the people, and aspirations to play a leading role in Africa and the world â€“ is no exception.

Another reason that it is imperative that the country rebuild its transport infrastructure is because this was shattered over the course of 40 years; decades in which Angolans first struggled for their independence and then subsequently fought one another in a long civil war.

â€œConnectivityâ€ is the buzz word heard around the halls of government, whether officials are speaking of linking Angolaâ€™s far-flung provinces or connecting with neighboring countries and beyond.

â€œOur main objective is to create a transportation network that would articulate the whole country, from north to south and from the sea to the east,â€ explains Transport Minister Augusto Da Silva TomÃ¡s.

â€œMoreover, weâ€™d like to increase our geostrategic situation in Central and Southern Africa and in the continent in general, and all of this through projects and programs over the short, mid and long terms for highways and roads, railways, the maritime sector and the ports, and the airways.â€

Itâ€™s a big job. Angola measures almost half a million square miles or twice the size of Texas, and its varied terrain includes dense rain forest, rugged hills and mountains, sand dunes, coastal lowlands and high plateau. In short, all of Africaâ€™s landscape in one country.

And according to the minister, there are other challenges. â€œThe greatest hurdle is the lack of human capital, financial resources, equipment and technology,â€ he notes. â€œWe finance our projects with our own funds and with foreign capital through foreign investment.â€

â€œFirst of all, I would say that ground transport is perhaps the most important so we can move people and goods throughout the whole country and this includes main highways, secondary roads between cities and villages, links between areas of production and those of consumption so farmers can bring their crops to market, for example,â€ the minister says.

By land and by sea

Over the past decade, the Angolan government has spent $12.7 billion on refurbishing, building and maintaining highways, road and bridges, and officials say they expect to allocate another $22.6 billion between now and 2025.

Add billions more for overhauling the countryâ€™s railroads, sea ports and airports, plus the money to be spent on transport conveyances such as locomotives, rolling stock, airliners, ferries and ships. Many foreign companies are involved in these projects, whether supplying materials, equipment or expertise to rehabilitating all aspects of Angolaâ€™s transport infrastructure.

With its long Atlantic coast, modernizing sea transport is also a priority for the government. The countryâ€™s four main harbors â€“ Luanda, Cabinda, Lobito and Namibe â€“ have all been rehabilitated and enlarged, while small ports are being upgraded.

â€œOn a small scale, we would like to develop a passenger ferry system in Luanda using catamaran vessels being built in Spain, and in the next phase weâ€™ll work on passenger transport along the coast from Cabinda in the north to Namibe in the south,â€ the minister says.

The National Network of Logistic Platforms and the Lobito Corridor

All these transport sectors come together, literally, in the governmentâ€™s almost $4 billion National Network of Logistic Platforms (NNLP) which is aimed at driving regional and national growth through the development of an integrated transport web.

â€œWith these 44 logistics platforms around the country, the business sector will be able to distribute cargo throughout the network no matter how far away they are from each other, even in places where no railways exist,â€ says Dr. Francisco Agostinho M. Itembo, the director of Angolaâ€™s National Council of Shippers (CNC).

â€œThere is a real need to have this intermodal system being implemented to reach a desirable level of development and ensure that everyone in the country will have access to whatever service or product they need.â€

At the NNLP conference, Finance Minister Armando Manuel said: â€œCreating accessibility of transport networks and services, along with construction of strategically located infrastructure also creates a window for macroeconomic and social inclusion, as well as a foundation for achieving regional economic diversification, creation of wealth, competitiveness, and greater economic stability.â€

And, of course, the new transport networks will connect Angolaâ€™s 18 provinces in a way never before accomplished, bringing its 21 million people closer together and providing them ready access to all the new economic opportunities being created.

And along with the domestic benefits for Angola, the logistics platforms project will boost the countryâ€™s regional cohesion across Southern Africa, advancing stability and social and economic development throughout the region.

â€œWeâ€™ll take advantage of these smart logistics networks not only to serve Angola but neighboring countries as well,â€ claims Dr. Joaquim Teixeira da Cunha, the administrator of state-owned airline TAAG.

â€œRegarding railroads, for example, we have agreements with the Democratic Republic of Congo (DRC) and Zambia with the transport link through the port of Lobito so they can ship their mineral exports, primarily copper, to world markets.â€

Known as the â€œLobito Corridorâ€, this link is one of Angolaâ€™s most ambitious and most promising transport projects and replaced the once-famous Benguela Railway which was destroyed during the civil war.

Running between Lobito, through Benguela and across central Angola to the DRC (formerly Zaire), the route will also have a spur to the border post of Jimbe in the northwest corner of Zambia. It is to include roads, airports and logistic platforms.

According to researchers, around 40% of Angolans live within the catchment area of the corridor and the project is expected to create a significant number of jobs at all levels.

â€œThe Lobito Corridor has the potential to drive development not only in Angola but also for the whole southern region of Africa,â€ explains Secretary of State for Transport JosÃ© JoÃ£o KuvÃ­ngua. â€œAnd it is a prime example of intermodality.â€

â€œBy linking our port in Lobito with the DRC and Zambia, the corridor cuts by a third the distance that exporters in those countries would have to transport their goods to the sea, eliminating the need to go all the way to Durban in South Africa or Walvis Bay in Namibia,â€ he adds.

Planners say that the corridor could be a stepping stone to connecting other countries such as Tanzania, Zimbabwe, the Central African Republic, Rwanda, Burundi and others, and eventually establish direct transport routes between the Atlantic and Indian Oceans.

Mr. KuvÃ­ngua is quick to point out that while the government is taking the lead in the corridor project and others, there is room for private players. â€œInfrastructure capital investments require a large outlay, and obviously, while the government shoulders the burden of financial obligation on most projects, we can only extend ourselves so far and thus there will be a big role for the private sector.â€

Of particular interest to the central government is for private investors to establish partnerships with the provinces and the transport secretary highlights how private concerns are carrying out operations through concession contracts at the countryâ€™s main maritime ports.

Different forms of project financing, public-private partnerships and build-operate-transfer, were used for some building and improvements of several seaports.

â€œWe have recently instituted and approved the necessary legislation changes that open the same opportunities to the private sector in the provision of our railway system and airport management structures and there is more room for the private sector in building the logistic platforms,â€ says Mr. KuvÃ­ngua.

â€œIn short, the opportunities for successful public-private partnerships are vast.â€

U.S. investors are particularly welcome, he says. â€œMy message to Americans and indeed, investors around the world is that the time to participate in the development of Angola is now; in fact you may even be arriving late to the party.â€

â€œBut there is still much scope for investment as the country is in many cases a greenfield site with many projects available for the private sector,â€ continues Mr. KuvÃ­ngua. â€œThe sooner you come and join the efforts of the Angolan people towards creating sustainable development, the better. The time to invest is now!â€

Meanwhile, Dr. Itembo of the CNC predicts that American companies will soon move beyond their focus on the oil and gas industries.

â€œAt the recent U.S.-Africa Summit, the U.S. Secretary of Transportation said there was a desire and need for the United States to reinforce its relationship with Angola and that it should be based on balance and respect from both sides.â€