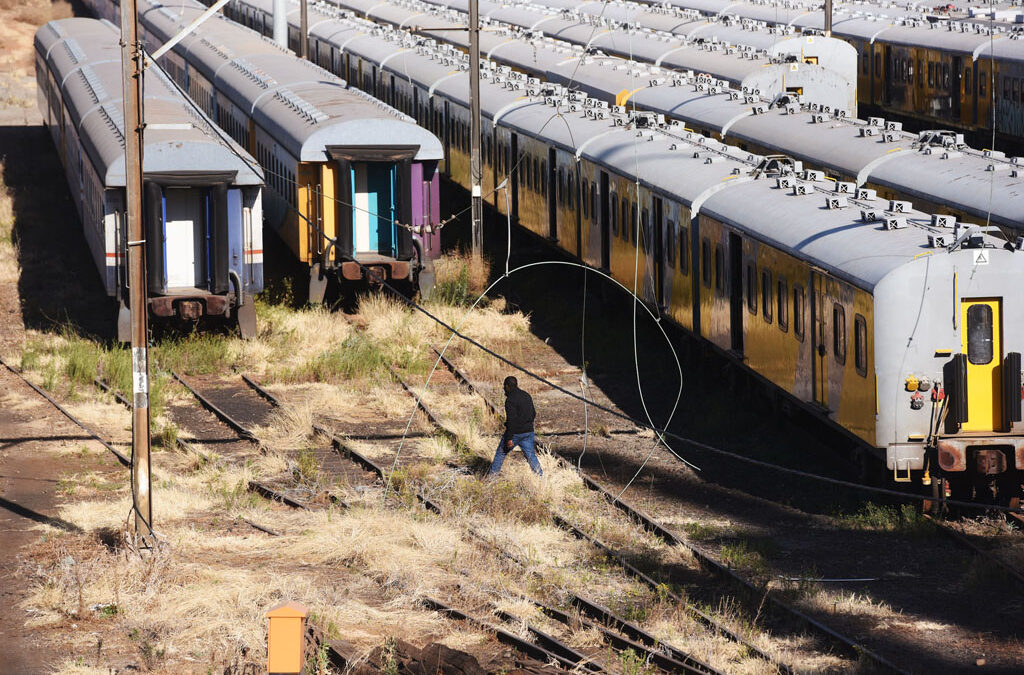 Earlier this month, Transnet Freight Rail revealed that it suffered at least 600 incidents of vandalism and theft monthly.

Metrorail trains at Braamfontein in Johannesburg on 20 August 2020. Due to vandalism and theft of infrastructure, new trains can’t be implemented. Picture: Nigel Sibanda
Gauteng MEC for transport Jacob Mamabolo has revealed that only 17 out 134 trains are operational in the province. And even the 17 working trains cannot be put to work because of vandalism at province’s railways.

He was answering questions at the Gauteng Legislature.

Earlier this month, Transnet Freight Rail revealed that it suffered at least 600 incidents of vandalism and theft monthly.

More than 1,000km of copper cable was lost between January and October.

Alternative transport such as buses and taxis often take a heavier toll on residents’ pockets.

“The answers received from MEC Mamabolo is deeply worrying as this means that residents who cannot afford any other mode of transport face greater difficulty in getting to work,” said DA spokesperson for roads and transport Evert du Plessis.

Travel by rail is by far the cheapest way to travel to and from work.

But widespread corruption at a governance level and the department’s inability to safeguard and properly maintain this critical piece of infrastructure have led to the industry’s near-collapse.

“A better rail transport system that is maintained properly and has proper security on an ongoing basis will save the province millions in repairing critical transport infrastructure,” said Du Plessis.

There is a severe overcrowding problem with other transport services, non-adherence to Covid-19 protocols and loss of much-needed revenue.

While the department has plans to ensure that 20 train sets are recovered through maintenance by the end of this financial year, ideally, all 134 train sets that are not in operation must be fixed and put back into operation as a matter of urgency.

“This will ensure that pressure is eased on other modes of public transport and will also drastically reduce travel times to and from work,” said Du Plessis.

“The DA will continue to put pressure and demand that our railway system be fixed as a matter of urgency so that our residents can have all three modes of public transport available to them at all times.”