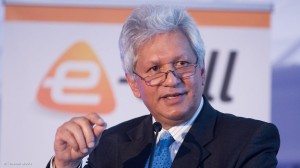 South African National Roads Agency Limited (Sanral) CEO Nazir Alli has argued that instituting a fuel levy instead of the e-toll user-pays system would not be an â€œadequate, equitable or efficientâ€ way of funding the Gauteng Freeway Improvement Project (GFIP), as those who lived outside of the province would be forced to pay for the upgrading of roads they did not use.

â€œ[An addition to the fuel levy] would make the [payment for GFIP] less equitable. We accept that the collection of [the fee via a fuel levy] is simple, but if you add it to the provincial fuel levy, youâ€™ll have to collect it from every petrol station in the province. Thatâ€™s a whole [new] level of bureaucracy that youâ€™ll add,â€ he told the Advisory Panel on the Socioeconomic Impact of E-tolls.

According to Alli, an additional 16c/â„“ would need to be added to the national fuel price to pay for the GFIP in lieu of the e-tolluser-pays tariff mechanism.

An additional R1/â„“ would be added to the pump price if the R65.8-billion maintenance costs of the national roadinfrastructure were paid through a countrywide fuel levyÂ  â€“ increasing the national fuel levy to R3.65.

Alli said that he and Transport Minister Dipuo Peters were quoted out of context earlier in the week when various media publications reported both as indicating that the fuel price would have to be increased by up to R3.65/â„“ to pay for the GFIP.

â€œThe pointÂ  [Peters] made was that money raised by the fuel levy could not only be used for the 201 km of highway network that serves and benefits the province of Gauteng. It will need to be spread on an equitable basis across all nine provinces and the entire nationalroad network,â€ he commented.

Further arguing against an increase to the fuel levy, Alli said there would be no impact on congestion, as road users would not be encouraged to use alternative roads.

â€œIf only the user of a specific road pays to drive on that road, drivers who choose not to pay will drive on an alternative road,â€ he noted.

In addition, trucks and other heavy vehicles, which inflicted more damage to the roads than light vehicles, would pay â€œproportionately lessâ€ than private vehicles for road upgrades if a fuel levy was imposed.

Lower-income households, meanwhile, which owned older and less fuel-efficient cars, would not be able to benefit from the fuel efficiency of cars that those in a higher-income bracket could afford.

He added that it would be â€œimpossibleâ€ to exclude public transport users and the disabled from paying for the upgrade of the roads if it was financed through the fuel levy, as Sanral would be unable to differentiate between buyers of fuel.

â€œ[Moreover], as cars become more fuel-efficient, the long-term trend for the amount of fuel sold decreases. This means that the fuel levy would have to increase to make up for lower fuel sales and the cost of the upgrade,â€ outlined Alli.

The e-toll advisory panel had been tasked by Gauteng Premier David Makhura to investigate the socioeconomic impact of the tolling system on the province and was expected to deliver a final report and list of recommendations to the Gauteng provincial government by November 30.

Both Sanral and National Treasury would be making additional submissions to the panel at a later date that was yet to be announced.