Upgrade works on N4 highway in South Africa on track

Upgrade works on N4 highway in South Africa on track 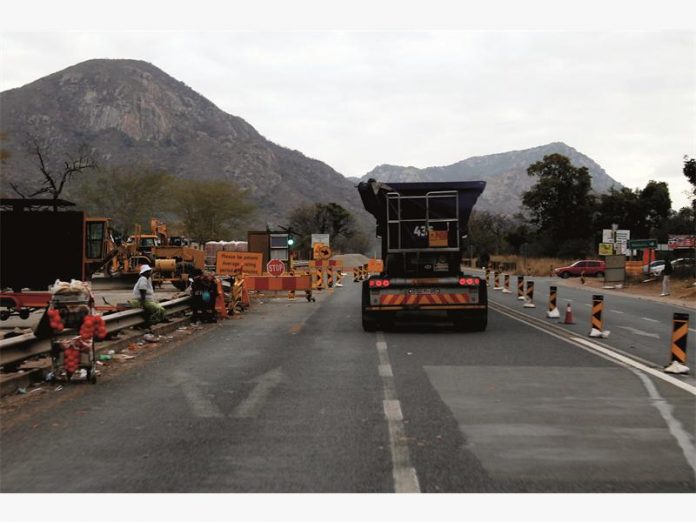 The upgrading of the N4 highway between Belfast and Machadodorp is on course and progressing well with 26% of the project completed, this is according to Toll route manager Trans African Concessions (Trac). The US $260,465 project which commenced in 2019 will see 30km of Section 5B rehabilitated and upgraded to a four-lane carriageway with the roadworks expected to take at least 36 months to complete.

The contractor WBHO Construction noted that to date there have been no delays experienced yet as they aim for the 3 years completion deadline. The project is not only going to benefit road users but also the local community by creating 300 direct jobs with 21 local small medium-sized enterprises being appointed to various roles including supply of raw materials this is according to a memorandum of understanding (MOU) signed between WBHO, construction company Motheo, the eMakhazeni local municipality, Trac and the South African National Roads Agency (SANRAL).

In addition, Trac has noted that cutting and blasting activity is progressing well according to schedule on the route and that several traffic accommodations have been implemented to enable smooth flow of traffic and will remain in place throughout the project period including contraflows, speed reductions, and occasional stop and go’s. Notifications of this can be seen on the route as well as Trac’s social media platforms.

Moreover, road users have been urged to visit Trac’s website for regular updates on the state of the road so as to be able to plan their trips effectively without inconvenience. Trac is also working on the 15.5km route situated between Kaapmuiden and the Magnesite Mine at Kaalrug Intersection, in the Lowveld, Mpumalanga. The roadworks include upgrading of the carriageway to four lanes and rehabilitating the existing road. The project is valued at approximately US $22.1m and is scheduled to take 24 months to complete.