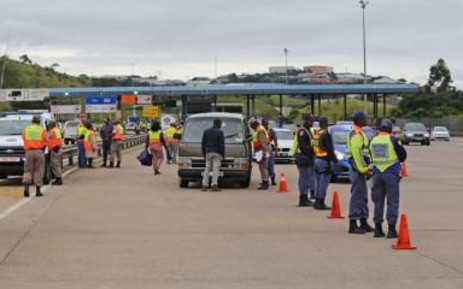 The RTMC’s Makhosini Msibi said that this festive season had so far seen more deaths of people in private vehicles than any other mode of transport.

“We have seen a difference in this year that as opposed to the minibusses, a number of accidents have happened with single motor vehicles with four or five passengers.”

He said that they have had to change their policing strategy.

Just minutes after the minister’s press briefing, a vehicle went up in flames on the same road.

Fortunately, no one was hurt in that incident.