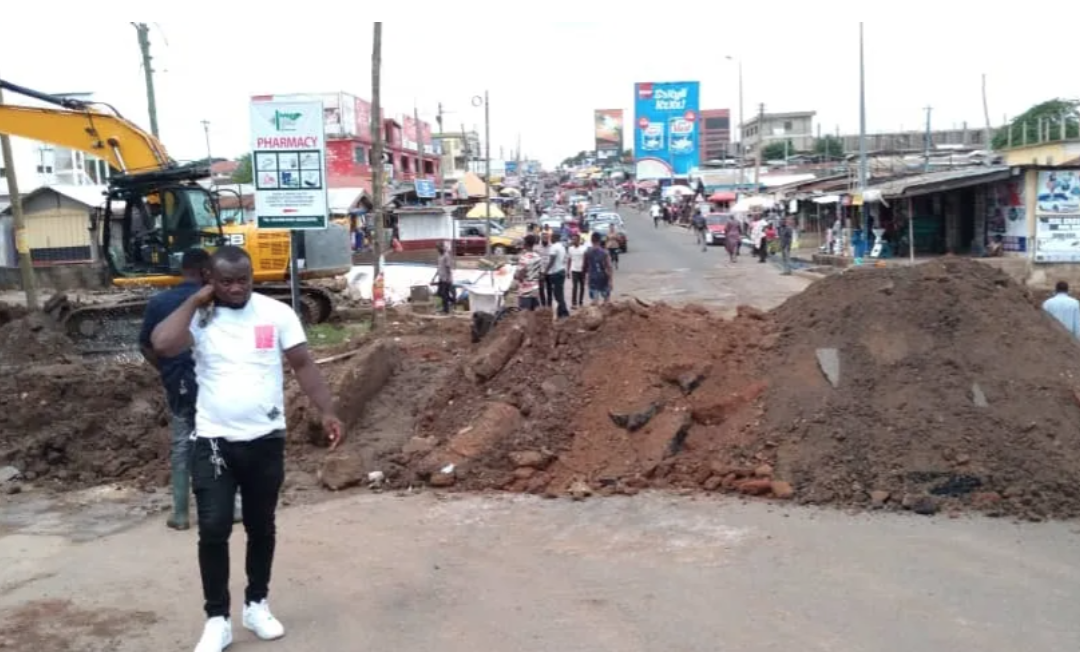 The Volta Regional Department of Urban Roads has begun the reconstruction works on the dilapidated Alale Bridge, which is located on Ray Makossa to OLA-Main Market road in Ho Municipal District, one of the eighteen districts in Volta Region, Ghana.

The current nature of the bridge has reportedly posed a lot of danger to drivers, commuters, and pedestrians who use the facility frequently hence the reconstruction to avert any unforeseen circumstances and also to put an end to the flooding experienced in the surrounding environment every year.

The project team
According to Mr. Prosper Pi-Bansah, the Ho Municipal Chief (MCE), the Alale Bridge reconstruction project was awarded by the West African country’s Ministry of Works and Housing, and it is being supervised by the Hydrological Department of the said Ministry.

Local company, D&G Ventures, is the contractor of the project which in addition to the bridge, also includes the construction of a 50-meter storm drain, inlet and outlet, to contain floodwaters from overrunning into the surrounding buildings.

He also called on the citizens to support the project and affirmed that with his team, he would ensure that the work was well done to ensure value for money.

Alternative routes
The reconstruction work of the bridge will reportedly lead to the closure of the road. Motorists plying the route from the Civic Center towards the market are therefore advised to use the Asanyame link road to Anlordzi through NDC Park to the market.

Motorists moving out of the market towards the Civic Center are as well advised to use the Akpena Mawu-Scrap Road through Star SHS and descend towards the Ray Makossa traffic light.