Kenya ramps up fight against COVID

Kenya is accelerating its vaccine rollout campaign through the end of the year, with those who refuse a shot facing sanctions. But the current vaccine supply isn’t enough to immunize a population of almost 54 million.

The Kenyan government over the weekend issued new health regulations to prevent a surge of COVID-19 cases.

From December 21, Kenyans will have to prove that they are fully vaccinated to gain access to government services in hospitals, education, tax and immigration offices, as well as many public places, including national parks, bars and restaurants.

Workers in the public transport sector — such as pilots, drivers and motorcycle taxi drivers — must also be fully inoculated.

Despite a decline in the number of infections in recent weeks, with a positive test rate between 0.8% and 2.6% over the past 14 days, experts expect a fifth wave to hit the country from December through March.

In a statement issued late on Sunday, Kenya’s health minister, Mutahi Kagwe, seemed to be heeding the experts’ advice.

“I have no doubt that, looking at these statistics, it’s very easy to become complacent and fail to appreciate the magnitude of the problem that we still face with the pandemic,” he said. 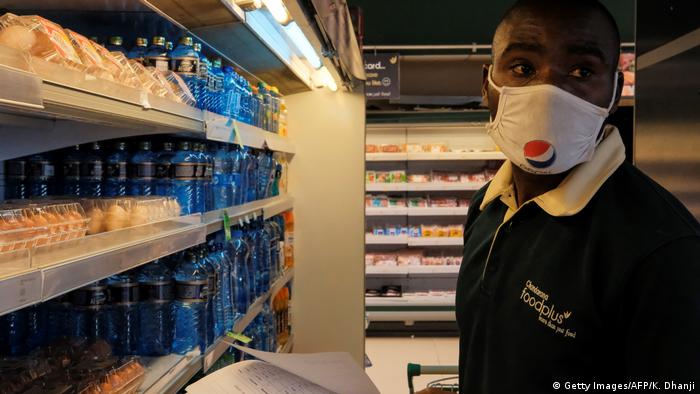 Vaccines are essential to keep the economy open, experts argue

Dr. Shem Sam Otoi, a researcher from the University of Nairobi, recently published a study, which — based on mathematics modeling — told DW that up to 3,000 lives could be lost in a fifth wave.

Having seen the former predictions he made during the pandemic come true, Otoi applauded the government’s new measures.

“It means that they are trying to ensure that we have no fifth wave, and to protect the lives and livelihoods of the people, because there is a need to open up the economy,” he said.

This is particularly important in a country where most of the economic activity takes place “in person” and working from home is the exception to the rule.

Only 2.4 million people — or less than 9% of Kenya’s adult population — have been fully vaccinated, while 6.4 million have had their first shot, according to official figures. The government’s move is seen as aiming to put increased pressure on the population reluctant to get their shots.

Judging by reactions on social media and people on the streets of Nairobi, authorities could be facing an uphill struggle.

However, according to a study by the US Centers for  Disease and Control PreventionCOVID patients without a vaccine are 11 times more likely to die than the inoculated.

Medicine student George Mutugi told DW that it was “unfair” and “illegal for the government to want to force people to take the vaccine.”

Otoi disagreed and turned the tables on the skeptics. “How fair is it if you know that you risk hurting or killing somebody by refusing to get vaccinated? You are inadvertently a killer,” he exclaimed.

But there is also the possibility that people who want the vaccine will not get it because of a lack of supply. According to the government, the country has received a total of 10.7 million vaccine doses and expects to get another 8 million, although Nairobi did not specify when.