It’s not just you, it really is getting harder to park at South African shopping centres – here’s why

It’s not just you, it really is getting harder to park at South African shopping centres – here’s why 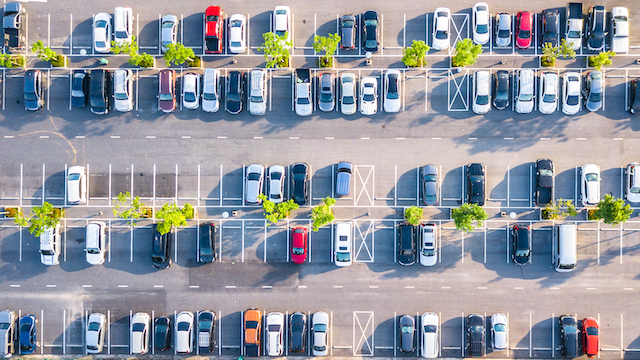 If the parking spaces at shopping centres feel a little cramped these days, it might not be just a sign that you are getting old.

No, shopping centres aren’t shaving centimetres off parking spaces either. It’s just that those parking bays are based on standards that were set some 40 years ago – and now they are too small for some of the most popular cars in use.

Developers aren’t necessarily crazy about the amount of space needed for parking, says Stephen Whitehead, architect at Boogertman and Partners, which has built several retail spaces and office parks in South Africa, including Sandton’s The Marc, and Cape Town’s Standard Bank Towers – but they also know that too little or bad parking will deter customers.

“A sensible developer will be careful of providing poor parking solutions” he says. “All that has to happen is for a shopper to scratch his or her car, and they’ll lose that shopper for life.”

That does not mean there aren’t questionable design decisions, such as pillars that cut into underground parking bay spaces, and perimeter walls that restrict door opening.

But if you are having trouble fitting your car into a space, the most likely problem is that the sizes for parking bays are set out in national building codes that were based on average vehicle sizes in what is starting to qualify as the distant past, in automotive terms.

University of Stellenbosch emeritus professor and civil engineer CJ Bester co-authored a paper about parking bays in South Africa in 2012. He points out that the basic guidelines for parking bay sizes were set in the 1980s by the South African Department of Transport.

Since then, Bester found that the length and width of light vehicles has increased by an average 10%. And in recent years, there has also been a significant increase vehicles like large bakkies, vans and SUVs, that are too big for the outdated parking dimensions.

Put two or more such large vehicles next to each other, and you start running into trouble.

According to the 1985 guidelines, and the current South African national code, a typical 90-degree parking bay, like those commonly found in underground parking garages, should be at least 2.5 metres wide by 5 metres deep.

They should also have an aisle – the lane leading up to the bay – of at least 7 metres to ensure easy turning access into the bay.

But these guidelines are no longer able to suitably accommodate several of South Africa’s top-selling vehicles.

The Toyota Hilux, which sold 40,022 units in 2018 and is South Africa’s best selling vehicle overall, is 33 centimetres too long for a standard parking bay.

Getting out of the vehicle is often the biggest struggle for drivers and passengers, though.

If the driver of a Hilux parks his car in the centre of the bay, the doors can only open to a lateral distance of 32.25 centimetres before they intrude on the neighbouring bay, leaving a narrow wedge to squeeze out of.

The Ford Ranger, which sold 30,135 units last year, fares even worse. The rear of this vehicle will protrude from the back of the bay by at least 35.9 centimetres.

It only allows for a lateral distance of just 31.65 centimetres from which to exit the vehicle.

And if you include the wing mirrors in the measurement, the Ranger will protrude into each neighbouring bay by eight centimetres on each side.

Bester also points out that popular bakkie accessories like bullbars and towbars will further extend the length of these bakkies.

Bester, who currently drives a Volkswagen Amarok (the rear of which protrudes 25 centimetres past the back of the bay, and allows just 27.3 centimetres of door opening space), says he has damaged two wing mirrors as a result of parking difficulties in tight garages.

He suggests that it might be time for developers to introduce different bays for bakkies, SUVs, and sedans.

“One possible solution is to have parking pays for various vehicle sizes, and colour code the bays to illustrate this to drivers,” he says. “You don’t want to increase all bays, because too much width for small cars would be a waste of space, so a variety of size options may be the way forward.”

Architect Stephen Whitehead has seen other trends emerge as a result of small parking space frustrations, some of which involve drivers taking matters into their own hands.

“It’s interesting to look at drivers’ patterns of use,” he says. “In some centres it’s noticeable that people park in isolated corners in order to be able to get out of cars more easily, and to avoid other people scratching their cars.”

And although one of Whitehead’s clients has specifically requested larger bays to improve the customer experience, most are using less cost-prohibitive techniques to improve the parking experience. Many developers are mapping driving habits using cellphone signals to build better parking garages and manage the spaces. And he’s also seen the use of double lines in the centre of parking bays to subtly guide drivers into the middle the space.

Not that South Africa has it all that bad

Although South Africa’s 2.5 metre by 5 metre bays may feel small, they compare relatively favourably to others around the world.

The United States, where on average vehicles are bigger than elsewhere in the world, has slightly bigger bays. Although the decision rests on specific cities, some specify minimums of about 2.74 metres wide by 5.59 metres long.

According to the British Parking Association, the United Kingdom norm for parking bays is 2.4 metres wide by 4.8 metres long.

And in Australia, bays are narrower but longer – at 2.4 metres wide by 5.4 metres long.