Faced with government ineptitude, Cape Town is going it alone 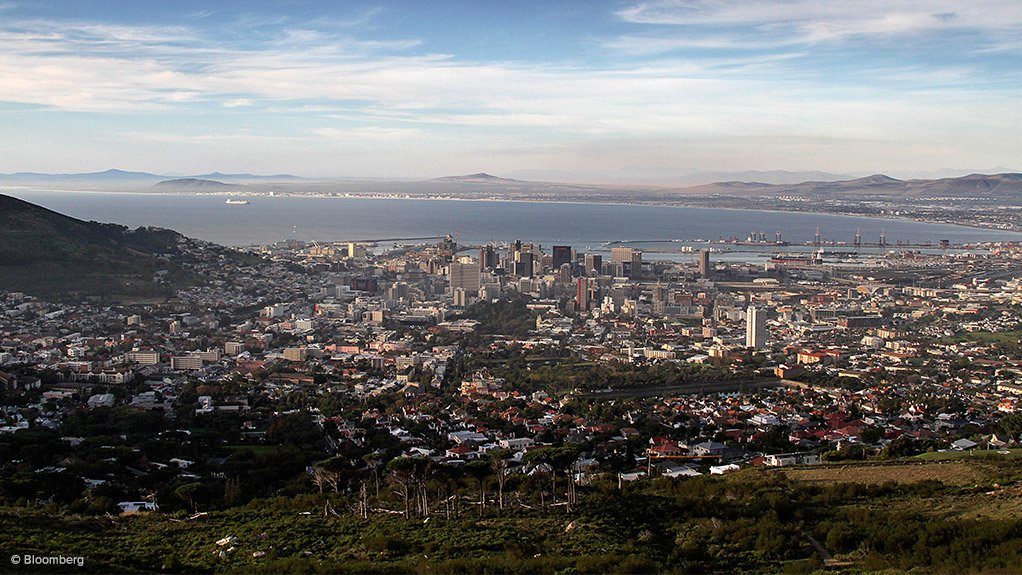 Cape Town, which has been led by the opposition Democratic Alliance since 2006, is forging ahead with plans to secure its own energy supply. It’s also investigating the feasibility of taking over the city’s commuter rail network — currently operated by a State-owned company — and playing a role in getting the harbor to run more efficiently. And it’s hired more than 1 000 of its own security officers to complement the work of the police force, which it accuses of doing a dismal job of fighting gang violence and other crime.

The national government, which is led by the African National Congress, has been largely supportive of the city’s efforts, according to Cape Town Mayor Geordin Hill–Lewis.

“I would’ve expected a lot more push-back to be honest, but we haven’t experienced any,” he said in an interview in Bloomberg’s Cape Town offices on Tuesday. “The only real aggressive push-back we are getting is in the policing space, where we are so actively filling the void vacated by the slow collapse of the South African Police Service.”

Eskom Holdings, the utility that supplies the bulk of the nation’s electricity, has subjected the country to a series of rolling blackout since 2008, because its old and poorly maintained plants can’t keep pace with demand. In February, Cape Town initiated the process of sourcing 300 MW of generation capacity from private producers, likely to be mostly solar power, with contracts set to be awarded by the end of the year and the plants likely to come on line from 2026.

The city intends commissioning another 300 MW of capacity from large-scale storage or other sources of power that’s available on demand to help insulate residents and business from most electricity rationing, Geordin Hill-Lewis said. While the new plants will need to supply electricity at prices equal to or less than what Eskom does, the stored power would likely come at a premium.

“The long-term goal is to reduce reliance on Eskom,” the mayor said. While the city hasn’t undertaken a study into the cost of the power cuts, “I have no doubt that it would run into billions of rand,” he said.

Cape Town’s proposal to take over rail lines from the Passenger Rail Agency of South Africa are less advanced, with the National Treasury having recently approved a feasibility study that will start next month. Prasa has been dogged by mismanagement and vandalism, and is currently operating only about 153 train trips on an average week day — down from 444 in mid-2020.

Until a few years ago the passenger rail system “was basic and a real belts-and-braces operation, but it worked,” Hill-Lewis said. “It is really hard to express how that organization has fallen apart, especially in the last decade to the extent that there is no capacity to run a train system at all.”

The mayor’s ideal scenario would be for the city to take over Prasa’s assets and infrastructure, and then appoint a private operator to upgrade and operate them and recoup the costs through ticket sales over 15 to 20 years. Several companies have expressed interest in the contract, and it would be ambitious but feasible for the system to be up and running by 2026, he said.

Besides the challenges of insufficient electricity and an inadequate public transport system, Cape Town has also had to contend with the fallout of the coronavirus and associated lockdown that have devastated in tourism industry, one of its main sources of income and employment. Before the pandemic, millions of tourists flocked to the city each year, attracted by its sandy beaches, iconic flat-topped Table Mountain and picturesque winelands.

“We have had kind of an elastic rebound so we are now back at about 85% of passenger numbers, so very close to pre-Covid levels,” Hill-Lewis said. “What’s really exciting is the number of airlines that are just flooding into Cape Town,” with 27 new weekly flights added since the pandemic eased, he said.

Hill-Lewis took over the mayor’s post in November last year and at 35 is the youngest-ever appointee to the post. He previously served as a lawmaker in the national parliament and was the DA’s finance spokesman.